This review of The Source by Sarah Sultoon comes courtesy of a Blog Tour by Random Things. I received a free copy of the ebook. The Source is published by Orenda Books on 15 April 2021. Orenda are quickly becoming one of my favourite publishers! 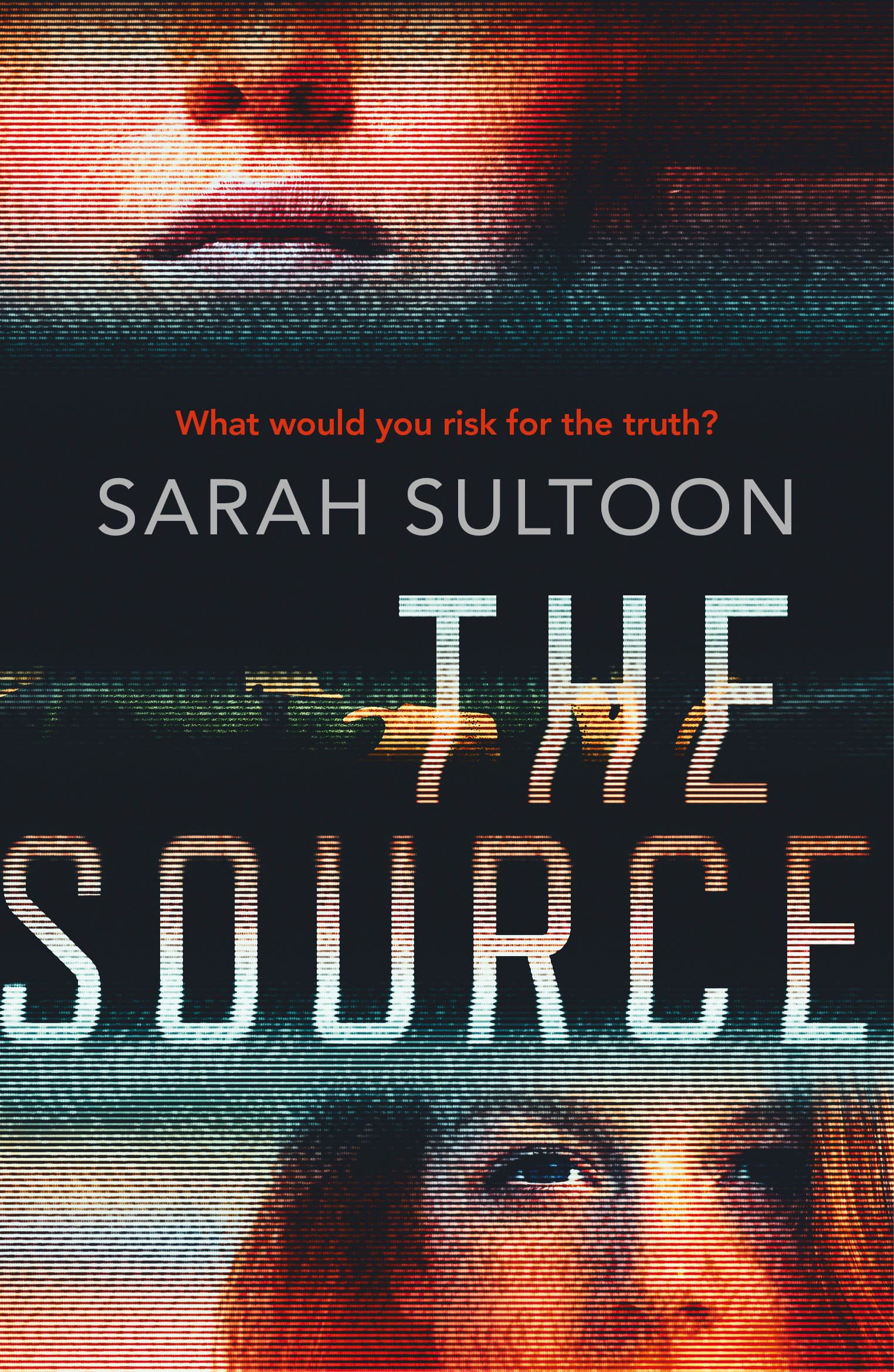 1996. Essex. Thirteen-year-old schoolgirl Carly lives in a disenfranchised town dominated by a military base, struggling to care for her baby sister while her mum sleeps off another binge. When her squaddie brother brings food and treats, and offers an exclusive invitation to army parties, things start to look a little less bleak…

2006. London. Junior TV newsroom journalist Marie has spent six months exposing a gang of sex traffickers, but everything is derailed when New Scotland Yard announces the re-opening of Operation Andromeda, the notorious investigation into allegations of sex abuse at an army base a decade earlier.

As the lives of these two characters intertwine around a single, defining event, a series of utterly chilling experiences is revealed, sparking a nail-biting race to find the truth… and justice.

This one is harrowing. No doubt about it. TWs for child abuse, social services, alcoholism – and for cover ups exploding in faces.

We start with Carly. A teenager from a poor area of an army town, alcoholic mother, baby sister that she finds herself caring for; Carly’s angry at the world. Her only friend is Rach, older and seeming to have all the answers… And that’s how it starts. Drugs, alcohol, and deals putting underage sex and child molestation as guarantees for an easier life – for the chance to keep her sister safe.

And then we meet Marie, junior associate producer in a TV newsroom, working all hours on a story about sex trafficking. And then her world explodes.

This one was a difficult read for me. Not just because of the subject matter, but that Ms Sultoon’s style took some getting used to. Scenes are jumpy, choppy. They flicker back and forth. And then it all comes together in a crescendo – and suddenly everything makes sense. Everything is clear, like the fog has blown from the moon.

This is a amazing book.

There’s no sordid detail, that’s left to the imagining. Only hints of it, discussions afterwards and Carly’s mind reliving events.

This is about a conspiracy of silence. How things can be kept under wraps, why and by whom. How people are twisted for nefarious ends. And it all gels together beautifully.

The characters are entirely believable, as are (sadly) the events. The Source and Sarah Sultoon give us a tale not too far from reality, and in an entirely believable fashion. A world just slightly different from ours, in a few key things.

Ms Sultoon has a brilliant writing career ahead of her. I have no doubt I’ll be reading more of her work. 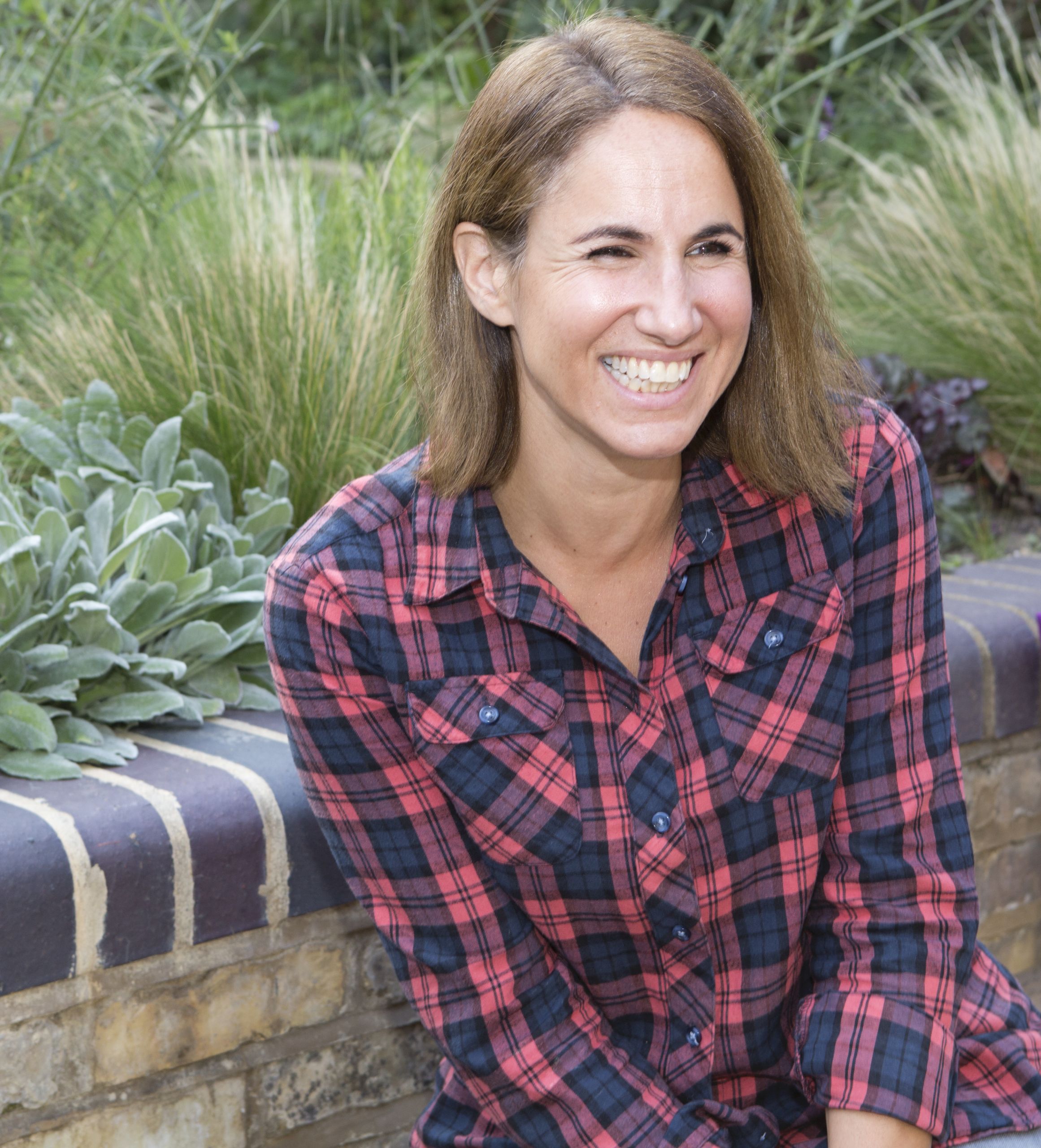 Sarah Sultoon is a journalist and writer whose work as an international news executive at CNN has taken her all over the world, from the seats of power in both Westminster and Washington to the frontlines of Iraq and Afghanistan. She has extensive experience in conflict zones, winning three Peabody awards for her work on the war in Syria, an Emmy for her contribution to the coverage of Europe’s migrant crisis in 2015, and a number of Royal Television Society gongs.

As passionate about fiction as nonfiction, she recently completed a Masters of Studies in Creative Writing at the University of Cambridge, adding to an undergraduate language degree in French and Spanish, and Masters of Philosophy in History, Film and Television. When not reading or writing she can usually be found somewhere outside, either running, swimming or throwing a ball for her three children and doc while she imagines what might happen if…

(Note: Some of these links are affiliate links, meaning I’ll get a small commission if you use one to make a purchase. No pressure – entirely your decision.)

If you’d like me to review your book, just GET IN TOUCH 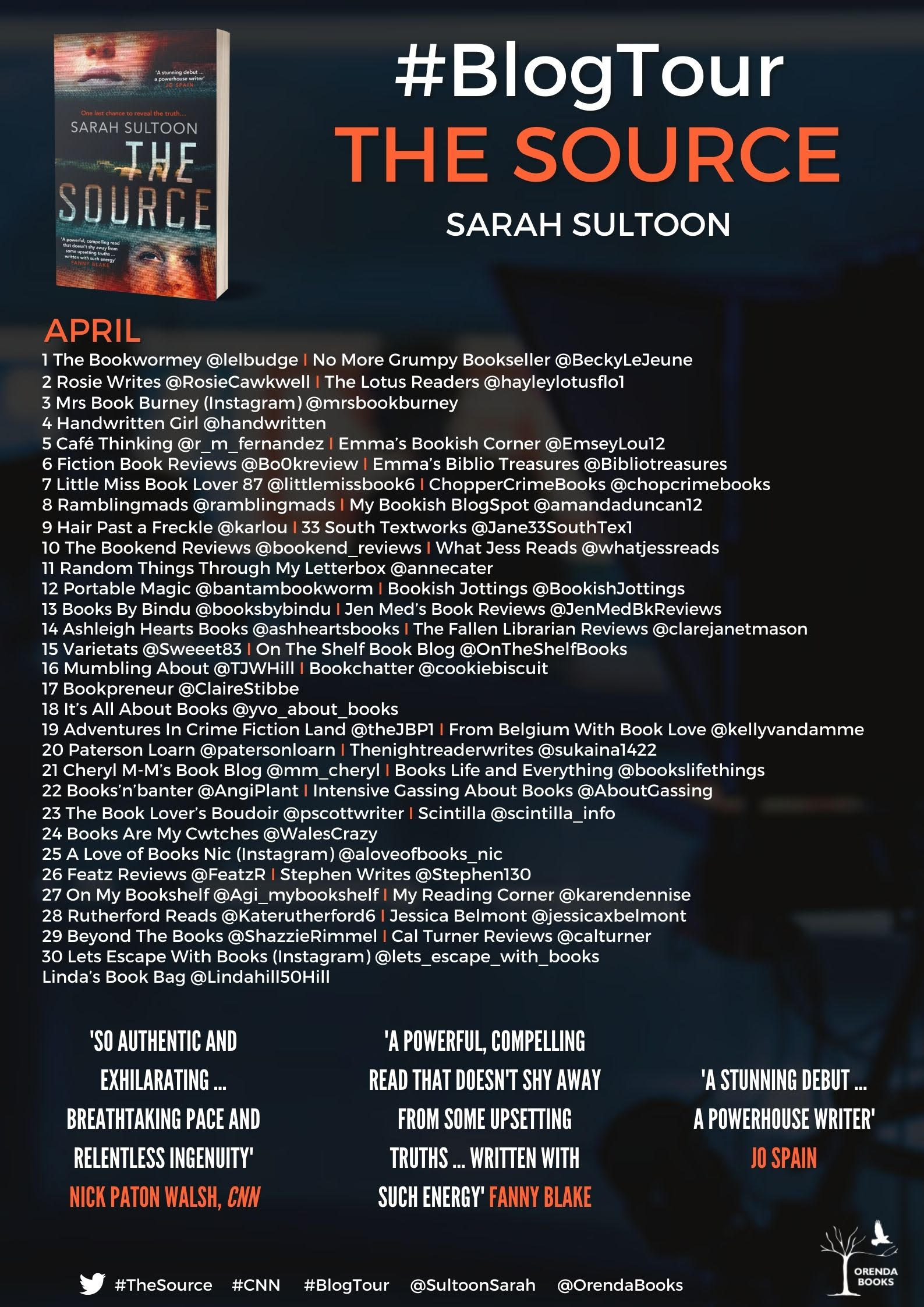 2 Responses to “Book Review: The Source by Sarah Sultoon”