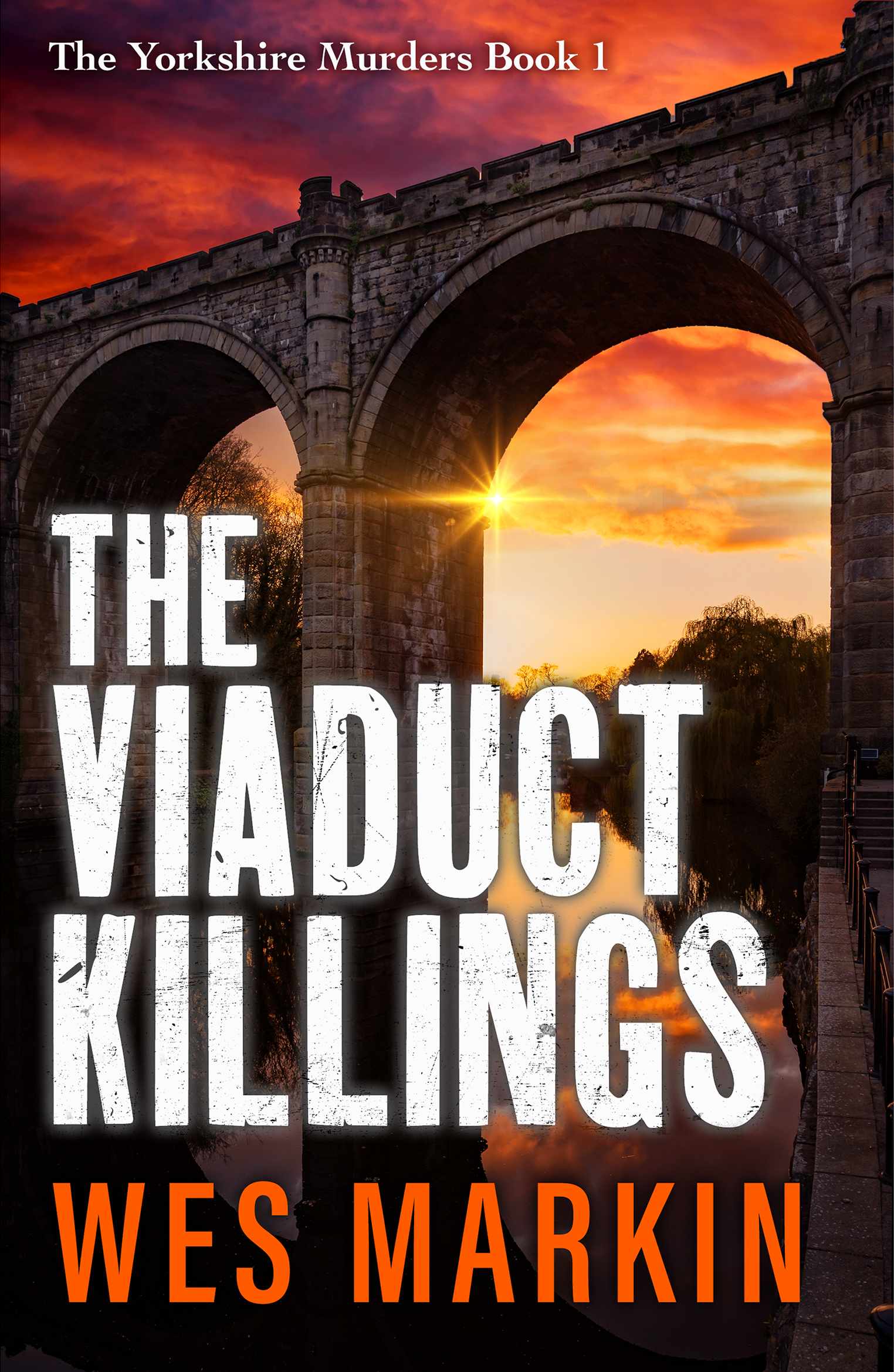 The start of a brand new crime thriller series from Wes Markin, bestselling author of the DCI Yorke series.

Still grieving from the tragic death of her colleague, DCI Emma Gardner continues to blames herself and is struggling to focus. So, when she is seconded to the wilds of Yorkshire, Emma hopes she’ll be able to get her mind back on the job, doing what she does best – putting killers behind bars.

But when she is immediately thrown into another violent murder, Emma has no time to rest. Desperate to get answers and find the killer, Emma needs all the help she can. But her new partner, DI Paul Riddick, has demons and issues of his own.

And when this new murder reveals links to an old case Riddick was involved with, Emma fears that history might be about to repeat itself…

The Viaduct Killings begins in Cornwall, where we learn about recent trauma suffered by DCI Emma Gardner. She’s struggling; work and family are both suffering. Secondment to Yorkshire is more of an order than a choice, but Emma steps up.

And straight into a murder on her first day…

DS Paul Riddick’s been through massive trauma of his own. It’s delicately written, though jarring, and it would be easy to see Riddick as a failed copper and a failed man. But there’s more to him than that – something Emma realises fairly quickly.

This story, though, seems more about redemption for Riddick than a rebuilding for Emma. Though the story jumps between them, it’s more focused on him than her. We don’t really learn much about her, so she comes across more as the foil for Riddick than the main character.

The story twists and turns through local ringleaders, misinterpretations, press leaks, teenage pregnancy, and (trigger warning!) school romance, before culminating in a frantic scene in an old cabin. A pretty good tale in all with a couple of very nice twists, though there were some things that could have been better.

Relatively small things, but frustrating all the same.

Don’t get me wrong, I enjoyed The Viaduct Killings. I love a good procedural and this is up there – I raced through it in an afternoon and was gripped. And it’s clear that Emma and Riddick could be a formidable team, so I’d give DCI Emma Gardner another go.

Wes Markin is the bestselling author of the DCI Yorke crime novels, set in Salisbury. Wes lives in Harrogate with his wife and children. His new series for Boldwood stars the pragmatic detective DCI Emma Gardner who will be tackling the criminals of  North Yorkshire.  The Viaduct Killings is the first book in the The Yorkshire Murders series.

Check out the other reviews of the blog tour!