This review of The Three Locks by Bonnie MacBird is courtesy of a Blog Tour by Random Things. The Three Locks is published in Hardback on 1 April 2021 by Collins Crime Club. 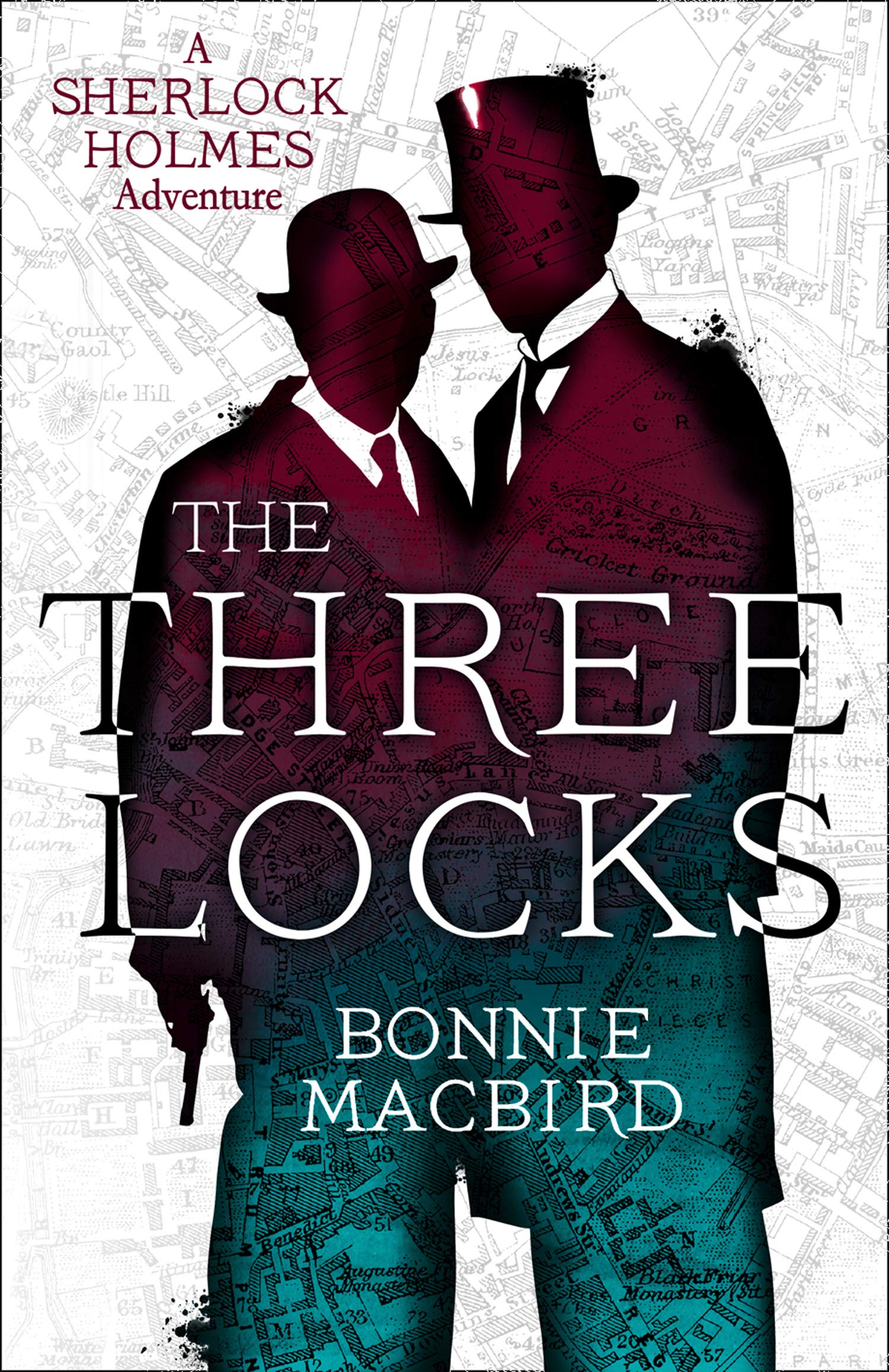 The year is 1887 and an Indian Summer broils London and Cambridge. A mysterious impregnable box arrives for Watson, locked and with a secret from his past. Then a famous escape artist/conjurer fails to unlock his “cauldron” and burns to a crisp during a performance at Wilton’s Music Hall.  And in Cambridge, three suitors including a priest, an aristocrat and a young physicist vie for the love of a spiteful beauty, who vanishes after her lookalike doll is found dismembered in the Jesus Lock on the River Cam. The cases convolve as Holmes and Watson tangle with clergy, police, academics and scheming siblings, risking life and limb to solve the murders and to keep the innocent from the gallows.

But The Three Locks is exactly how I imagine them to be.

And I love the cover art!

The book starts with a note from the author about how a mysterious ‘Lydia’ delivered a cache of previously unpublished tales written by Dr Watson – setting the tone for what’s to follow.

The characterisations are strong and seem perfectly aligned to the original. Holmes is spontaneous, arrogant and overbearing, and his antics are fraught with danger and comedy in equal measure. Watson is at once exasperated, mystified by, and inspired by his friend. Mrs Hudson the housekeeper is there, as is Inspector Lastrade.

This has everything one would expect from a Holmes story.

“An object is frequently not seen, from not knowing how to see it, rather than from any defect of the organ of vision.”  – Charles Babbage.

The Three Locks of the title are; a lock used by an escape artist in a stage show, a canal lock, used to take boats up/downhill; a lock on a memory box from John Watson’s mother, which is devilishly difficult to open. And, though the mysteries we read here are separate and distinct, they link together very well.

Ms MacBird evocatively captures the era, location and characterisations perfectly. She’s done her research – that’s for sure. The writing is smooth and fluid, the dialogue perfect, and the fact checking is spot on. (And, yes, if you’re wondering, there was ‘flash powder’ of the kind used by photographers – it was invented in 1887 and still very new.)

I thoroughly enjoyed this one. Bonnie MacBird’s recreated some of the most famous and best loved characters in literature – and done it fantastically well. 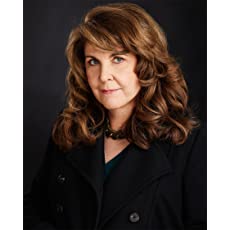 Bonnie MacBird was born and raised in San Francisco and fell in love with Sherlock Holmes by reading the canon at age ten. She now lives in London and Lost Angeles. Her long Hollywood career includes feature film development at Universal, the original screenplay for the movie TRON, three Emmy Awards for documentary writing and producing, numerous produced plays and musicals, and theatre credits as an actor and director. In addition to her work in entertainment, Bonnie teaches writing at UCLA Extension, as well as being an accomplished watercolourist.

She is active in the Sherlockian community in both the UK and the US, and lectures regularly on Sherlock Holmes, writing, and creativity.

Bonnie’s previous three Sherlock Holmes adventures are: Art in the Blood; Unquiet Spirits and The Devil’s Due. Her books are now available in 17 languages worldwide.

(Note: Some of these are affiliate links, meaning I’ll earn a small commission if you use one to make a purchase. no pressure, the choice is entirely yours.)

If you’d like me to review your work, just GET IN TOUCH 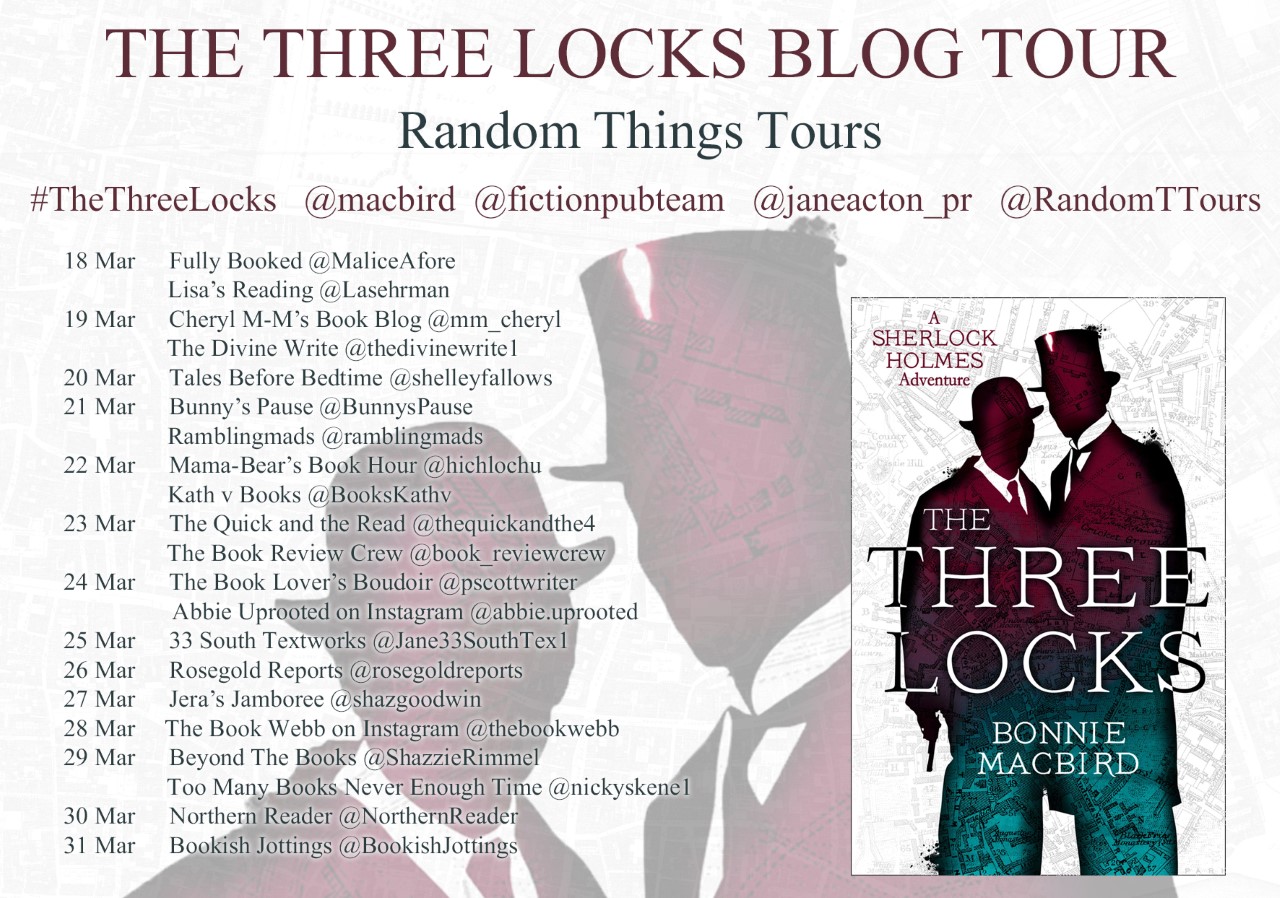 One Response to “Book Review: The Three Locks by Bonnie MacBird”