This review of The Rabbit Factor by Antti Toumainen comes courtesy of a blog tour organised by Random Things. The Rabbit Factor is published by Orenda Books on 28 October 2021. I received a free copy of the ebook. 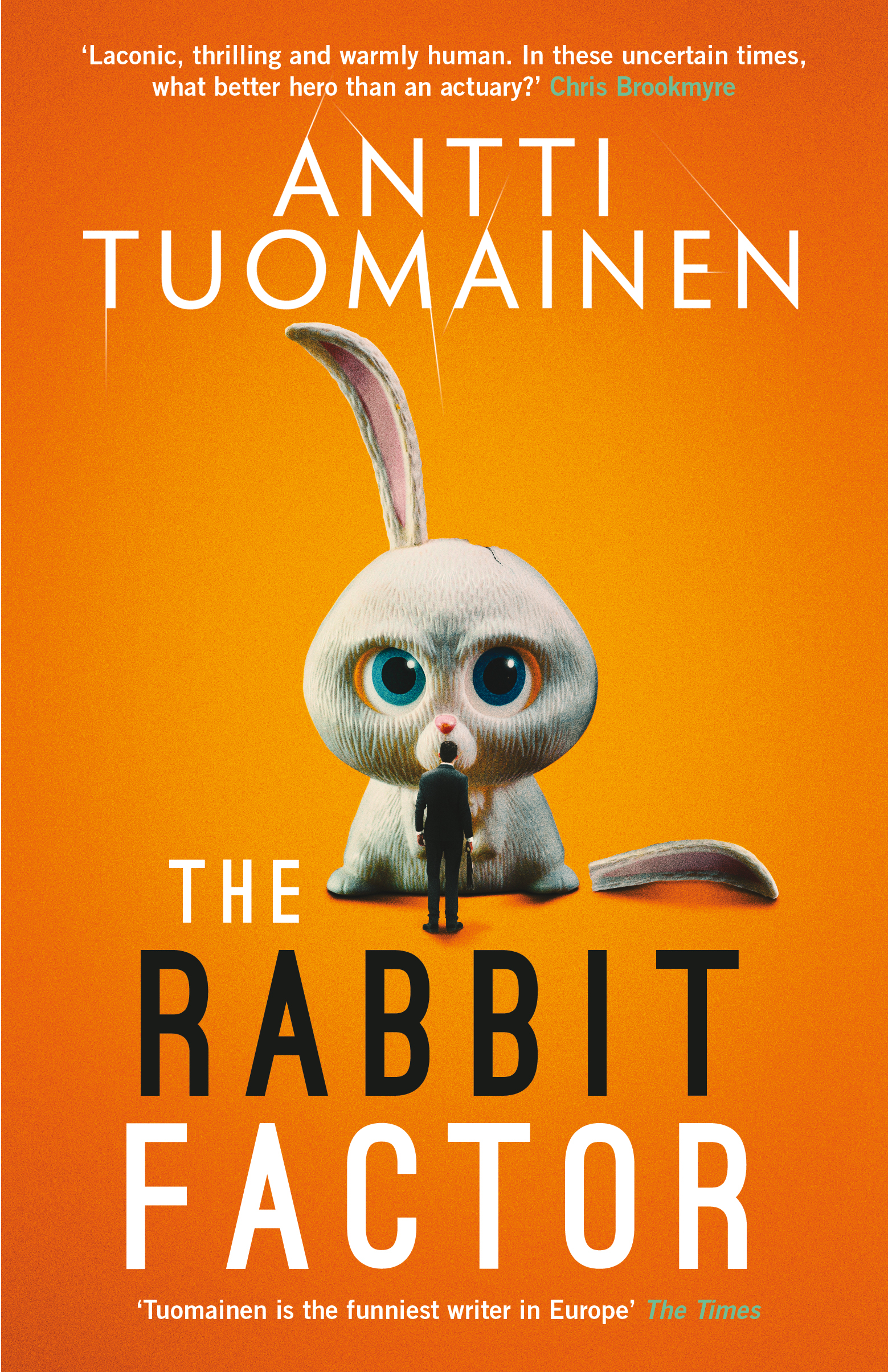 Award-winning author Antti Tuomainen launches his first series with The Rabbit Factor, an energetic black comedy, currently being adapted for the screen by  Amazon/Mandeville Films with Steve Carell to star, and Antti executive producing.

What makes life perfect? Insurance mathematician Henri Koskinen knows the answer because he calculates everything down to the very last decimal. Until he is faced with the incalculable, after a series of unforeseeable events.

After suddenly losing his job, Henri inherits an adventure park from his brother – its peculiar employees and troubling financial problems included. The worst of the financial issues appear to originate from big loans taken from some dangerous men who are very keen to get their money back.

All improbable and complicated problems. But what Henri really can’t compute is love. In the adventure park, Henri crosses paths with Laura, a happy-go-lucky artist with a chequered past, whose erratic lifestyle bewilders him. As the criminals go to increasingly extreme lengths to collect their debts and as Henri’s relationship with Laura deepens, he finds himself faced with situations and emotions that simply cannot be pinned down on his spreadsheets…

Everyone knows a Henri – the neurotic, possibly autistic, colleague with few social skills but enormous dedication and diligence. Henri concentrates on his job and doesn’t really notice life passing him by. He’s stable, content and settled in his routine, working the numbers as an actuary for an insurance firm. Until the job is suddenly taken away.

Further upheaval awaits. The death of his brother gives Henri ownership of a failing adventure park (not an amusement park, an adventure park), and perhaps an opportunity. But he soon discovers problems with the park’s account books, unearths his brother’s personal issues, and becomes aware that some not very nice people want their money back. And the park employees are more of a handful than he anticipated… Henri is, most assuredly, completely out of his element.

Cue an entirely believeable (but at the same time totally unbelieveable) series of events involving huge plastic rabbits, unfillable promises, beautiful artwork, stupefying corporate jargon, a smidge of loan-sharking, and some dead bodies – none of which can be resolved by working the numbers.

The writing style is rich and flowing, laconic and dry, carrying you through Henri’s thought patterns with ease. (Well done to the translator, David Hackston!). Henri is quite the character, full of foibles and entirely human, and I found myself rooting for him – wanting him to win the girl and beat the bad guys. I giggled and ‘aawww-ed’, cheering Henri on.

This is apparently the first in a series and already has a movie deal. And it’s easy to see why. 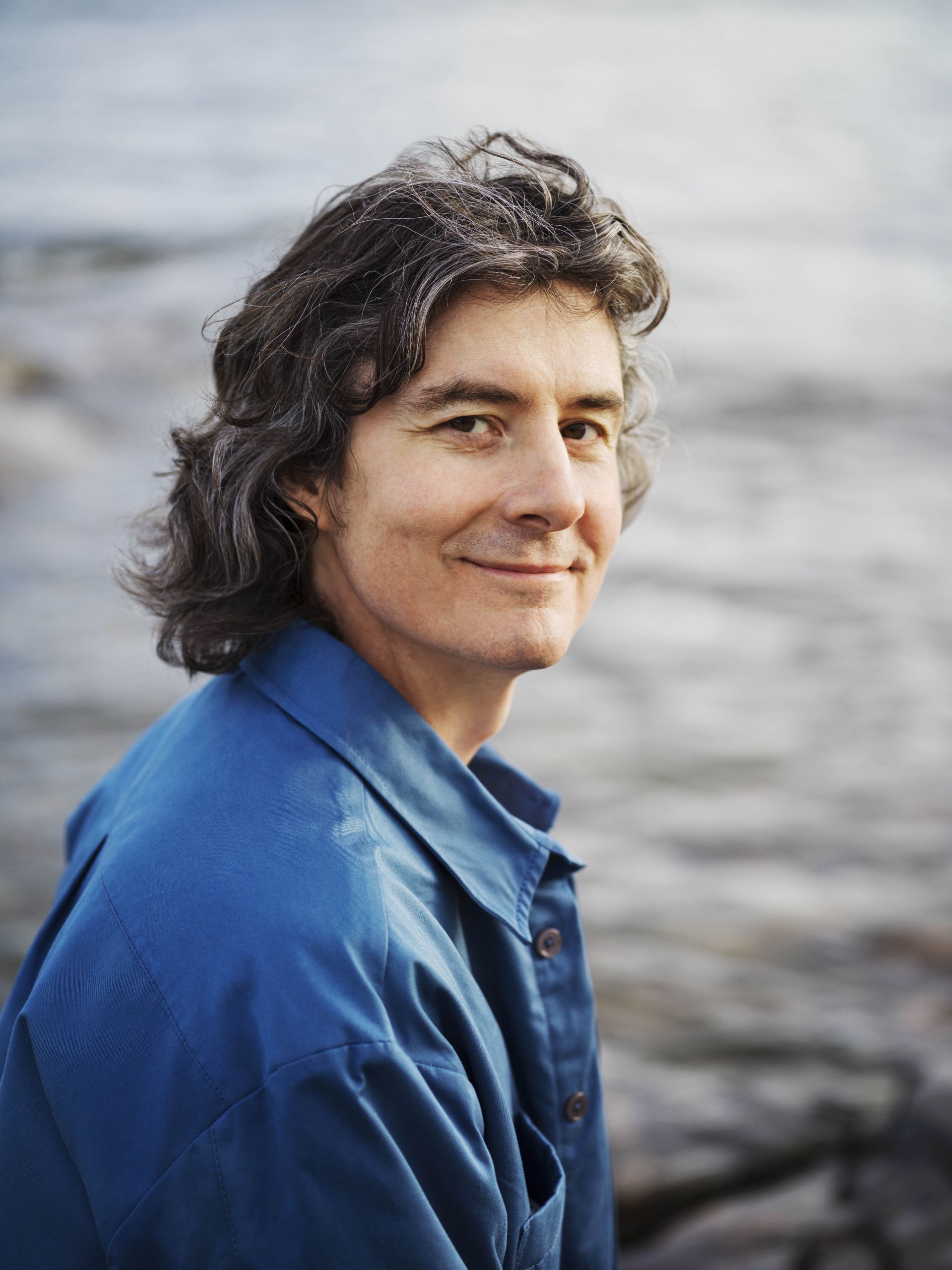 Antti Tuomainen was an award-winning copywriter when he made his literary debut in 2007 as a suspense author in 2013, the Finnish press crowned Tuomainen the ‘King of Helsinki Noir’ when Dark as My Heart was published.

With a piercing and evocative style, Tuomainen was one of the first to challenge the Scandinavian crime genre formula, and his poignant, dark and hilarious The Man Who Died became an international bestseller, shortlisting for the Petrona and Last Laugh Awards, and a TV adaptation is in the works. Palm Beach Finland was an immense success, with Marcel Berlins (The Times) calling Tuomainen ‘the funniest writer in Europe’.

His latest thriller, Little Siberia, was shortlisted for the CWA International Dagger, the Amazon Publishing/Capital Crime Awards and the CrimeFest Last Laugh Award, and won the Petrona Award for Best Scandinavian Crime Novel of the Year. In total, Antti Tuomainen has been short- and longlisted for 12 UK awards. 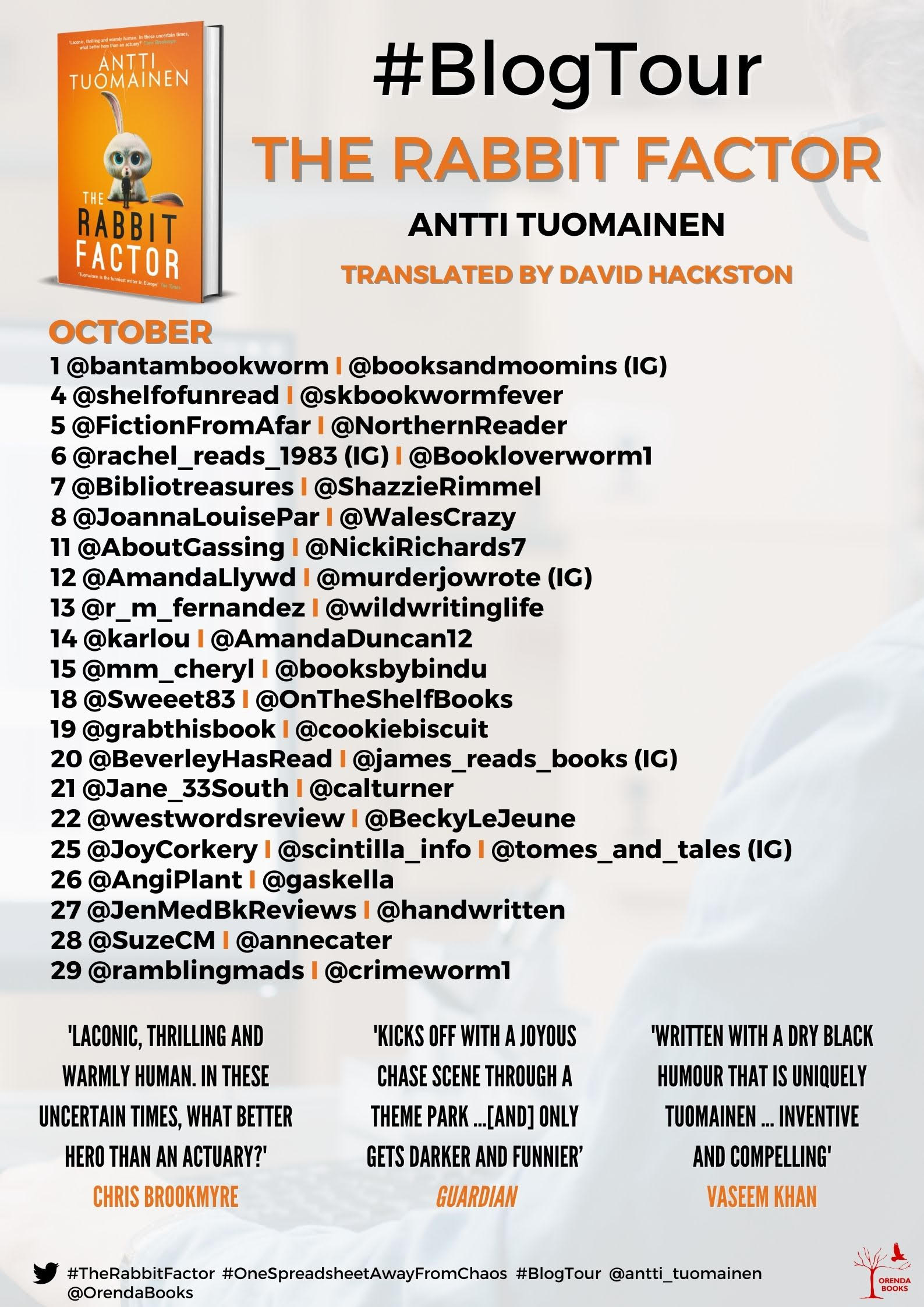 One Response to “Book Review: The Rabbit Factor by Antti Toumainen”