This review of The First Cut by Val Penny comes courtesy of a Blog Tour organised by Rachel’s Random Resources. The First Cut is published by Dark Stroke Books on 13 July 2021. I received a free copy of the ebook. 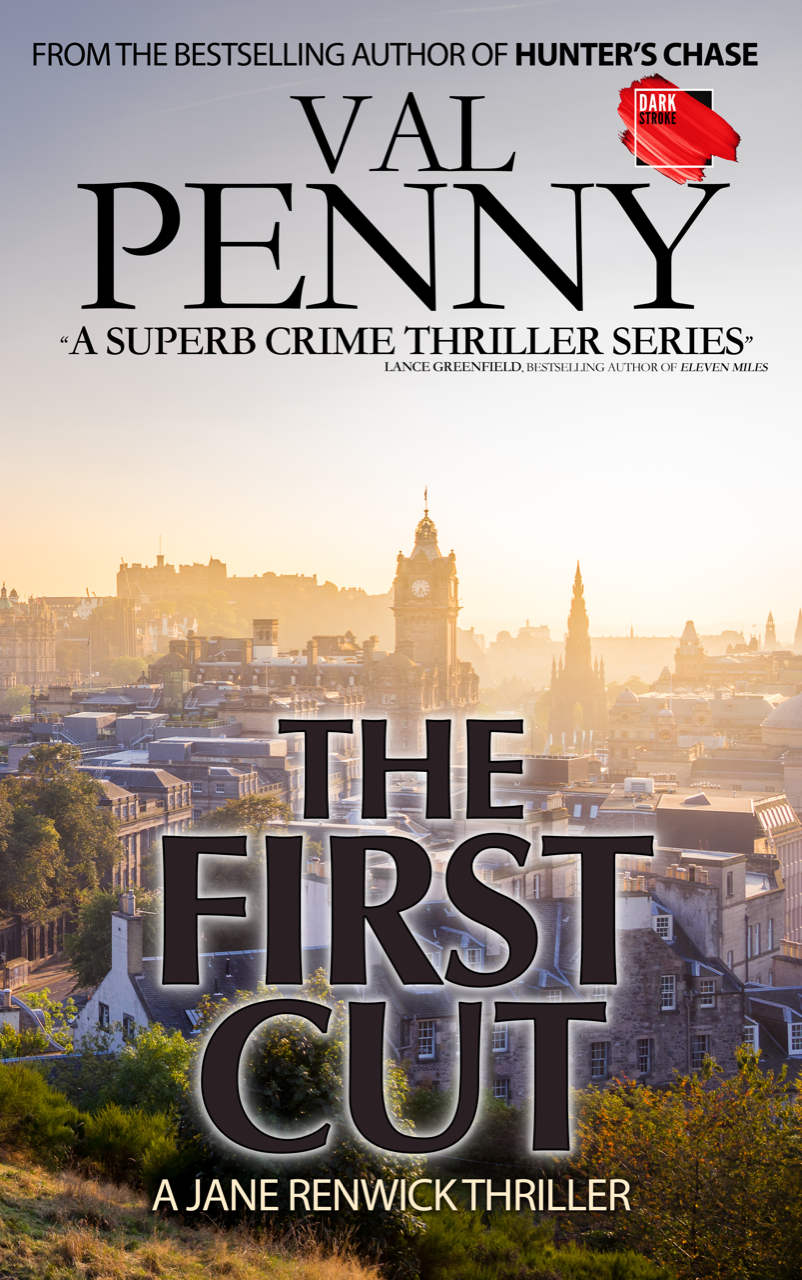 It’s hard to escape a brutal past…

A vicious serial killer is on the loose. Victims include an academic and notable members of Edinburgh’s high society.

When Detective Sergeant Jane Renwick learns through DNA that a member of her family could be the killer, she is banished to the sidelines of the case and forced to look on impotently as the hunt for the killer ramps up.

Frustrated, she decides to conduct her own investigations.

Has someone from her estranged birth family returned to haunt her? And where will the killer strike next?

It’s a race against time…

This is the first in a new series from Val Penny – but it reads like the second or third. Let me explain.

Usually in the first of a series, we spend a bit of time with the main character from the start, getting a feel for them and how they work and think. This one is different.

Starting with a flashback sequence, we don’t actually meet DS Jane Renwick properly until a little way in. There is far more focus on her colleagues and team members. It felt, to me, like the reader is assumed to have some level of knowledge of who the characters are. I haven’t read any of Ms Penny’s other books so I don’t know if any characters overlap but, as a standalone and the first in a new series, this should have a bit more character building. It’s almost like there’s a couple of chapters missing.

And The First Cut feels like it’s written around the main character – like Jane isn’t the focus. Maybe 30% of the book is her, the rest is her team. It left me thinking I didn’t really get to know any of the characters.

The story is pretty good though, the edit is fairly tight and and the premise is certainly intriguing. After all, how would you feel if you were told a serial killer’s DNA was a familial match?

It was an engaging read and I did want to find out who the killer was. I finished this in one afternoon, so it held my attention. Though, I seemed to pickup on the clues much faster than the coppers did…

If you’re after an intriguing Edinburgh procedural, The First Cut is a pretty good choice. I’d be interested to read more about DS Renwick.

Val is an American author living in SW Scotland with with her husband and two cats. She has a Law degree from Edinburgh University and her MSc from Napier University. She has had many jobs including hairdresser, waitress, lawyer, banker, azalea farmer and lecturer. However she has not yet achieved either of her childhood dreams of being a ballerina or owning a candy store. Until those dreams come true, she has turned her hand to writing poetry, short stories and novels.

Val Penny’s other crime novels, Hunter’s Chase Hunter’s Revenge, Hunter’s Force Hunter’s Blood and Hunter’s Secret form the bestselling series The Edinburgh Crime Mysteries. They are set in Edinburgh, Scotland, published by Dark Stroke. Her first non-fiction book Let’s Get Published is also available now and she has most recently contributed her short story, Cats and Dogs to a charity anthology, Dark Scotland.