This review of The Exiles by Christina Baker Kline was done as part of a Random Things Blog Tour. I received a hardcopy of the book. The Exiles was published by Allison & Busby on 22 October 2020. 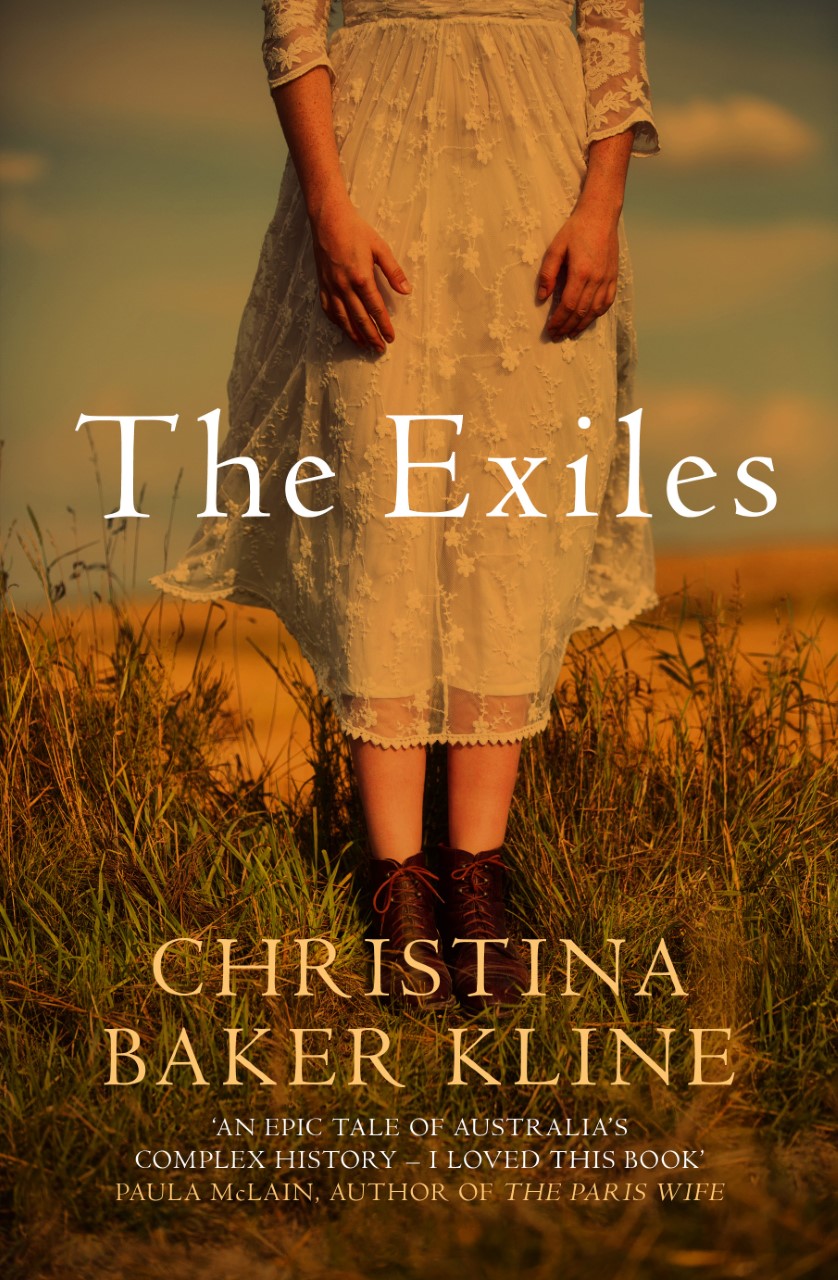 London, 1840. Evangeline, pregnant and falsely accused of stealing, has languished in Newgate prison for months. Ahead lies the journey to Australia on a prison ship. On board, Evangeline befriends Hazel, sentenced to seven years’ transport for theft.

Soon Hazel’s path will cross with an orphaned indigenous girl. Mathinna is ‘adopted’ by the new governor of Tasmania where the family treat her more like a curiosity than a child.

Amid hardships and cruelties, new life will take root in stolen soil, friendships will define lives, and some will find their place in a new society in the land beyond the seas.

As an Aussie, I was curious to see how an American would handle my country’s history.

The Exiles is written from the point of view of the three main characters. We jump to and fro between them, learning about their lives, histories and (mostly unfortunate) circumstances.

Evangeline is an innocent in every sense of the word. Raised by her preacher father and home schooled, she has little experience of the world. When he dies, she accepts a position as a governess and is brought down by jealousy, a nefarious affair and the strictures of 19th century society.

Hazel is a midwife’s daughter, thought considered an afterthought by her mother. Cast adrift very young, she steals to survive.

Mathinna is just eight years old when we meet her. She comes to the attention of the governors wife and is taken from her home to become an experiment – to see if ‘savages can be civilised’.

Depictions of the judicial injustices of the period, the cast of characters aboard ship, and life as a female convict in Van Dieman’s Land (which became Tasmania in 1856) are all evocative, atmospheric and very well written. Mathinna’s experiences in white society are (unfortunately) heartbreakingly accurate.

There was just one historical inaccuracy, to my knowledge. In 1840, Mathinna mentions that the aboriginal people of Tasmania had been ‘dealing with white men for 200 years’. Well, yes – because the Dutch charted Van Diemen’s Land in 1642, but Abel Tasman basically planted a flag and sailed off. He returned briefly in 1644 on his way to chart the Australian east coast. Agreed, there may have been sporadic contact for a month or so while he did any refit work on his ships, but he sailed off again and did not return. So it’s not really likely that there was much ‘dealing with white men’ until Great Britain colonised the island in 1803. My two cents.

That one inaccuracy aside, I have to say I really enjoyed this book.

I love reading about Australian history, and Ms Kline has kindly listed her references in the end matter – so it looks like I’ll be reading even more! The characters are highly realistic, the locations take me home (I can almost smell the eucalypts. Insert *happy place*). It’s an honour to have this one in my Aussie History collection.

CHRISTINA BAKER KLINE is the author of seven novels, including the #1 New York Times bestseller Orphan Train. Her essays, articles, and reviews have appeared in the New York Times, the San Francisco Chronicle, Money, More, and Psychology Today, among other publications.

She lives in New York City and on the coast of Maine.

(Note: Bear in mind that some of the links below are affiliate links, meaning if you use them to make a purchase I earn a small commission. The decision is yours, and whether or not you decide to buy is completely up to you.)

Check out the reviews from the other stops on the Blog Tour! 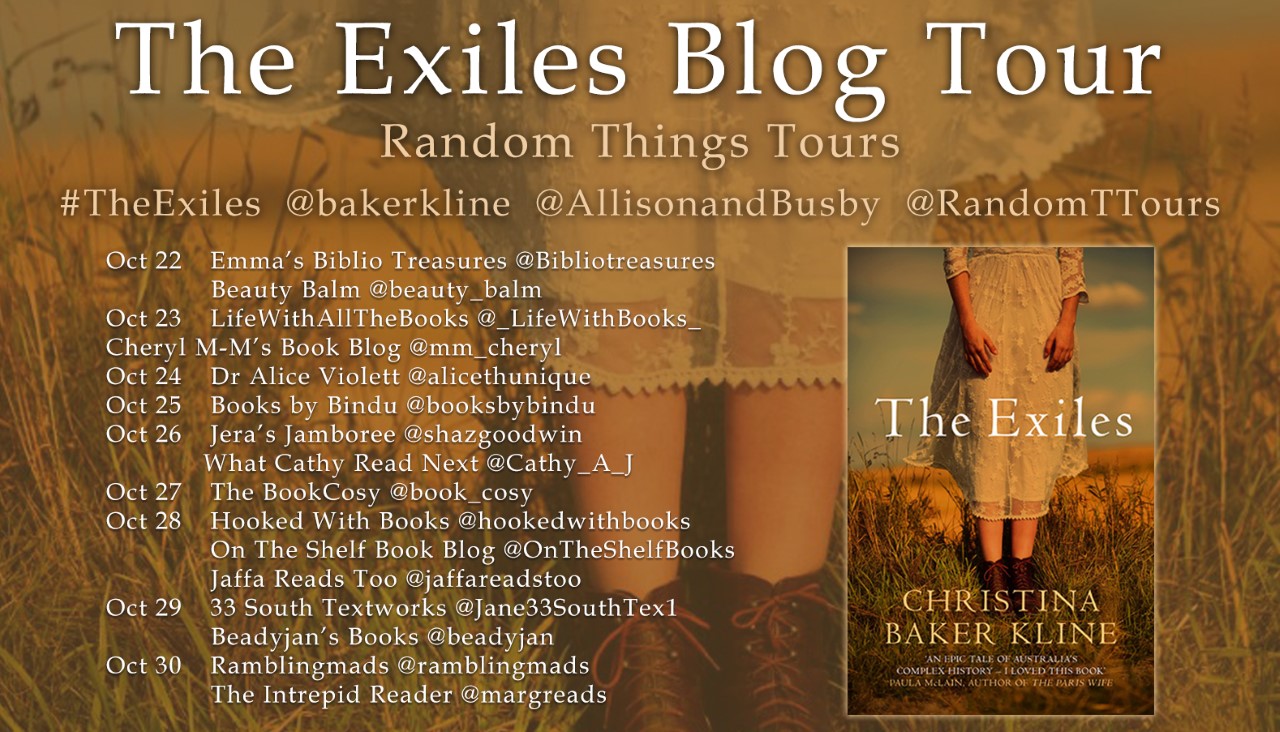