Book Review: The End of Men by Christina Sweeney-Baird

This review of The End of Men by Christina Sweeney-Baird comes courtesy of a Blog Tour by Random Things Tours. The End of Men was published in hardback, ebook and audio by Borough Press on 29 April 2021. 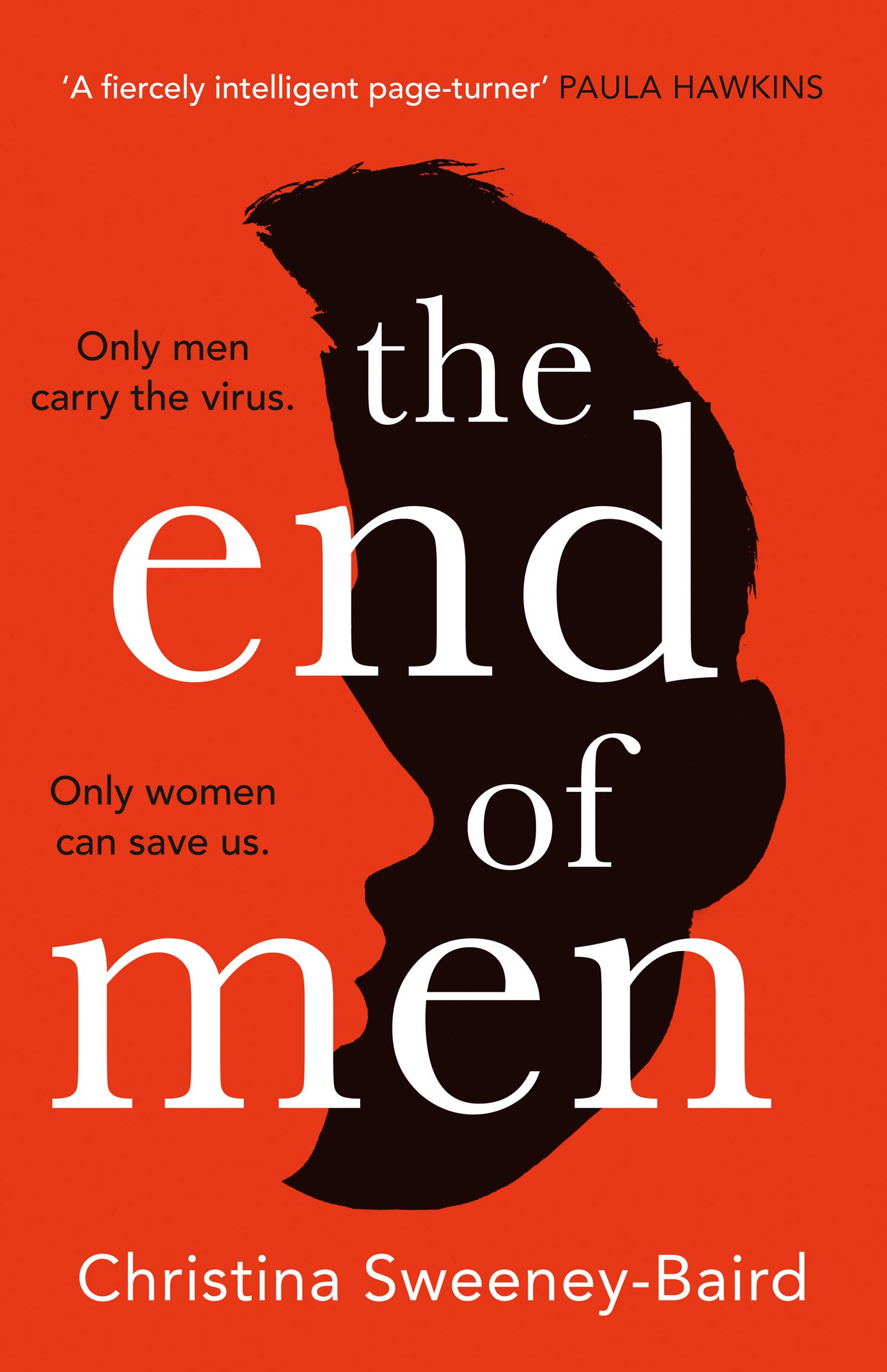 Glasgow, 2025.
Dr Amanda Maclean is called to treat a patient with flu-like symptoms. Within three hours he is dead.

This is how it begins.
The unknown virus sweeps through the hospital with deadly speed.

The victims are all men.
Dr Maclean raises the alarm. But by the time the authorities listen to her, the virus has spread to every corner of the world. Threatening families. Governments. Countries.

Written in 2018 and acquired in February 2020, The End of Men is a frighteningly prescient novel about the effects of a global pandemic – except what happens when the virus is gender specific, and 90% of the male population has died?

Deftly reimagining our world through a female lens, the novel explores the impact of the end of men on fertility, governance, politics, technology and more, while the careful and poignant portraits of love and relationships bind the science of this novel into something utterly human, and all too real.

This is essentially a tale of women. Women stepping out from behind men, taking control, discovering themselves and their lives free from comparison with their male counterparts. And I loved it.

The Glaswegian doctor who treats patient zero. The mother of a son desperately trying to keep him safe. The Canadian scientist fighting to discover a vaccine. A cop on the ground in the initial spread and panic. A policy to isolate baby boys for protection. A pragmatic analyst. Governments losing then gaining control through a draft system to retrain women and get the world moving. And the reporter covering it all.

The End of Men is written from many points of view, each chapter written by someone else dealing with the terror and drama of the plague. Each voice tells her own story. Through these narratives, Ms Sweeney-Baird explores the consequences of the way the world could evolve to prioritise women, while highlighting the inequalities of living in a society designed for and by men.

This tale is a wake up call.

I admit, I’m a bit of a feminist. And I see reasons every day. Inequality, victim-shaming, the vast category of ‘women’s problems’ that men generally recoil from. I don’t know why and don’t agree with the fact that we had a treatment/cure for erectile disfunction (1989) sooner than HPV (human papilloma virus, a major cause of cervical / uterine cancer – 2008). That the world is built for and around men, so much that it affects things they don’t even realise (crash-test-dummies, mobile phones, uniforms – hell, even scissors!) I don’t agree that it’s up to women to be aware of their surroundings when walking the streets – that it’s up to women to protect ourselves from men. No. I don’t agree at all.

I loved The End of Men. And not just because I’m a bit of a feminist. This book shows how life would be if men received the same treatment, and shines a light on the vast inequalities that (even now, in the 21st century) continue.

But, essentially, this is a book about loss and rebuilding. About grief and anxiety. How everyone copes differently under pressure, no matter their chromosomal base. And how chromosomes can dictate everything.

If nothing else, though, The End of Men makes you think.

Get yourself a copy. 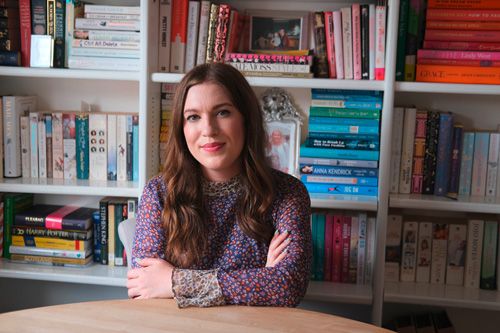 Christina was born in 1993 and grew up between London and Glasgow. She studied Law at the University of Cambridge and graduated with a First in 2015. Christina works as a Corporate Litigation lawyer in London. The End of Men is her first novel.

“It’s an understatement to say it feels surreal that I wrote a book about a pandemic disproportionately affecting men just before a pandemic disproportionately affecting men swept the world. More than one person has half-jokingly called me Cassandra. When I started writing The End of Men in September 2018 it felt like the ultimate thought experiment. How far could I take my imagination? How would a global pandemic with an enormous death rate change the world? What would the world look like without men, or the majority of them? I wrote the first draft of the book in nine months, finishing with a burst of intense writing in June 2019.

I’m relieved that coronavirus doesn’t have a death rate anywhere near as high as the virus I have imagined in my novel. The imaginary world I have written belongs safely in fiction, within the pages of a novel. Nonetheless, we are experiencing in real life the greatest pandemic of our lifetimes, which is more than I ever could have imagined in my wildest nightmares. I hope that by the time you’re reading this, there is a vaccine. I hope our healthcare systems survive and economies recover. I hope your loved ones are safe and that the world has returned to that wonderful, boring, nostalgic state I now crave: normality.”

(Note: Some of these may be affiliate links, meaning if you use one to purchase I’ll receive a small commission. No pressure – entirely your decision!)

Don’t forget, I’m also a copy/line editor and proofreader and can help get your work out there… TELL ME MORE!

If you want me to review your book, post my review on Amazon, Goodreads, and link through my social media, just give me a yell. (Not literally, of course, because we may be quite far from each other and you’ll scare your neighbours – but you get my point.) 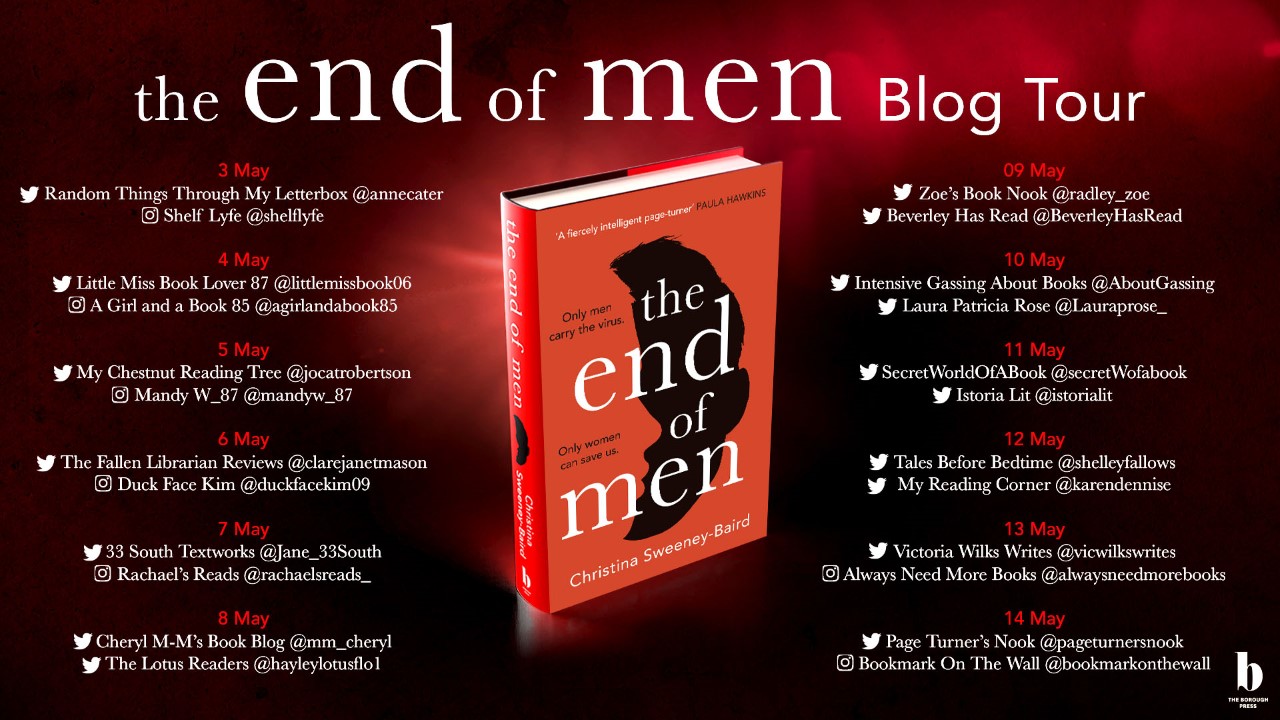 2 Responses to “Book Review: The End of Men by Christina Sweeney-Baird”