Book Review: A Statue for Jacob by Peter Murphy 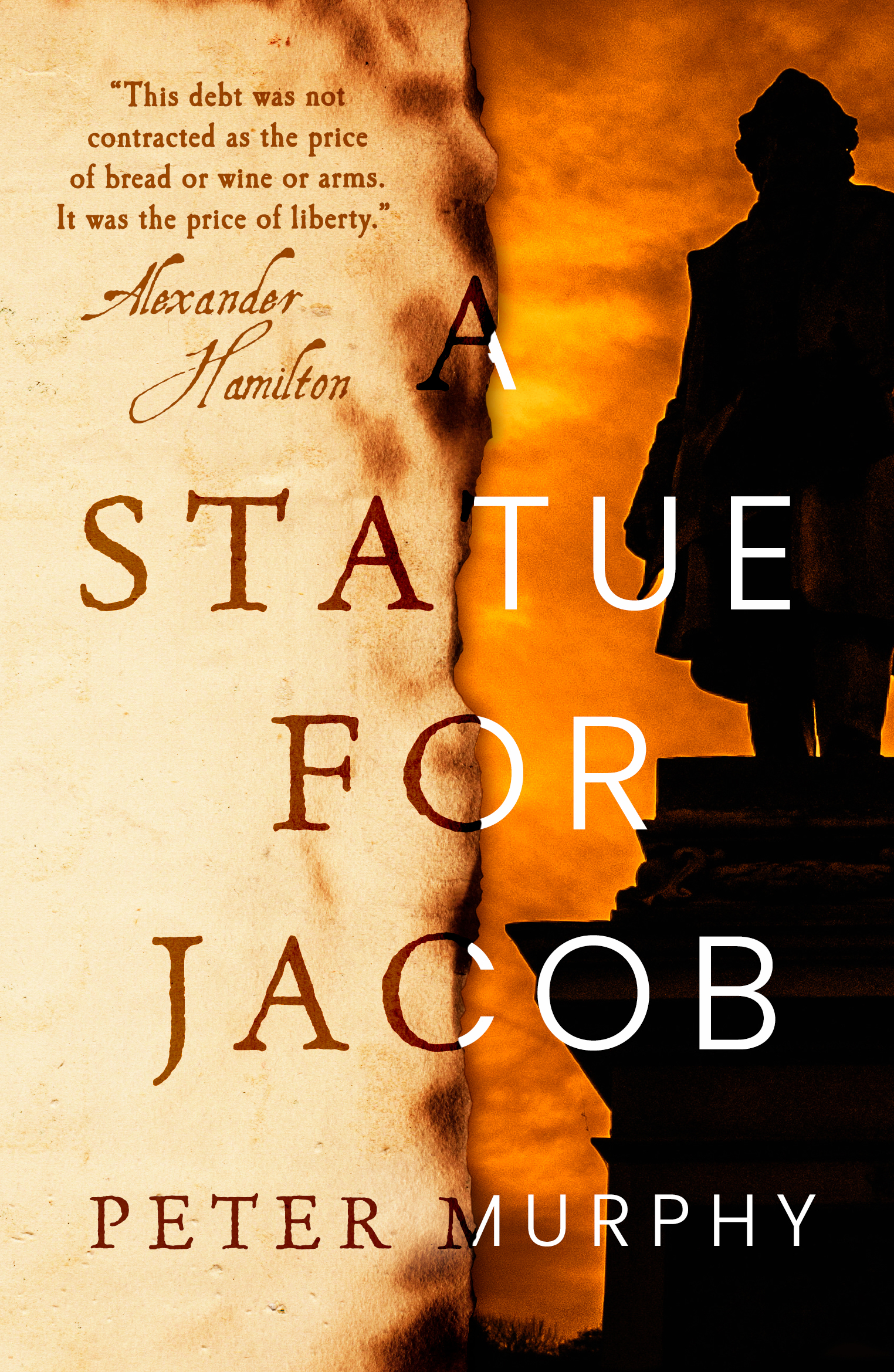 Kiah Harmon, a young Virginia lawyer, is just emerging from the most traumatic time of her life when actress Samantha (‘Sam’) van Eyck walks into her office, unannounced, with the case of a lifetime. She asks Kiah to recover a 200-year-old debt from the US Government – a debt that Alexander Hamilton may have acknowledged. The selfless generosity of Sam’s ancestor, Jacob Van Eyck, in making a massive loan of gold and supplies at Valley Forge during the freezing winter of 1777-1778, may well have saved George Washington’s army, and the War of Independence, from disaster. But it reduced Jacob to ruin.

Despite the government’s promises, the debt was never repaid, and this hero of the American Revolution died in poverty, unknown and unrecognised.

Two hundred years later, Sam and Kiah embark on a quest to change that. But first, they will have to find the evidence, and overcome a stubborn Government determined to frustrate their every move.

Will there ever be a statue for Jacob?

This is a work of fiction based on a true story. And what a captivating story it is.

The true bit: Jacob de Haven lent $450,000 to the Continental Congress, commanded by George Washington, in 1777 to rescue troops at Valley Forge during the War of Independence. When the war was over, de Haven tried to reclaim what was owed to him but received nothing and died penniless in 1812.

Over two hundred years later, de Haven’s family members sued the US government over the money, which was then valued at around 98 billion dollars. Peter Murphy was a professor of law in Houston at the time, and was closely involved in the legal proceedings. Their outcome prompted him to write A Statue for Jacob.

In the novel, we meet Jacob van Eyck and his family, represented by Sam van Eyck. Sam walks into the office of small-time indie lawyer Kiah Harmon and asks if she takes ‘debt collection cases’. What follows is a story I simply couldn’t put down. I read this in one sitting.

This is my second novel by Peter Murphy – I reviewed Verbal about a year ago. Like Verbal, this one has excellent characterisations and a thoroughly compelling plot.

Let’s start with Kiah Harmon. She’s recovering from some major traumatic events that not only changed her life but totally shifted her mindset. Her Indian heritage is a touchstone, as is her friend Arya, who manages to be able to calm Kiah’s mind and soul with good food and reflexology.

Sam van Eyck is an actress, devoted daughter and (it seems) professional descendant. She’s been trying to get someone to listen to Jacob’s case for so long… Arlene is an absolute gem. Native Texan with a horrid backstory, she begged Kiah for work and then made the office her own. Her patois is as awesome as her capabilities. Dave Petrosian is her US Govt opponent, a lawyer for the Dept of Justice, Dave struggles with institutional thinking and, as the story continues, is struck by the overall unfairness of the case.  As are we all.

The story is told through the eyes of Kiah and Dave, their voices distinct and their viewpoints intriguing – and the respect they have for each other is clear.

This is a thoroughly enthralling read. I can’t recommend this highly enough. 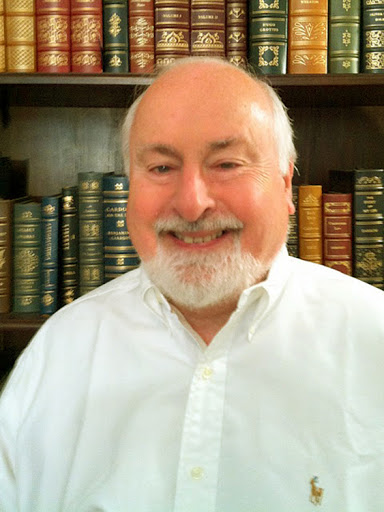 Peter Murphy graduated from Cambridge University and spent a career in the law, as an advocate, teacher, and judge. He has worked both in England and the United States, and served for several years as counsel at the Yugoslavian War Crimes Tribunal in The Hague.

He has written nine novels: two political thrillers about the US presidency, Removal and Test of Resolve; seven historical/legal thrillers featuring Ben Schroeder, A Higher Duty, A Matter for the
Jury, And Is There Honey Still for Tea?, The Heirs of Owain Glyndwr, Calling Down the Storm, One Law for the Rest of Us and Verbal. He is also the author of three Judge Walden of Bermondsey collections of short stories.

He lives in Cambridgeshire. 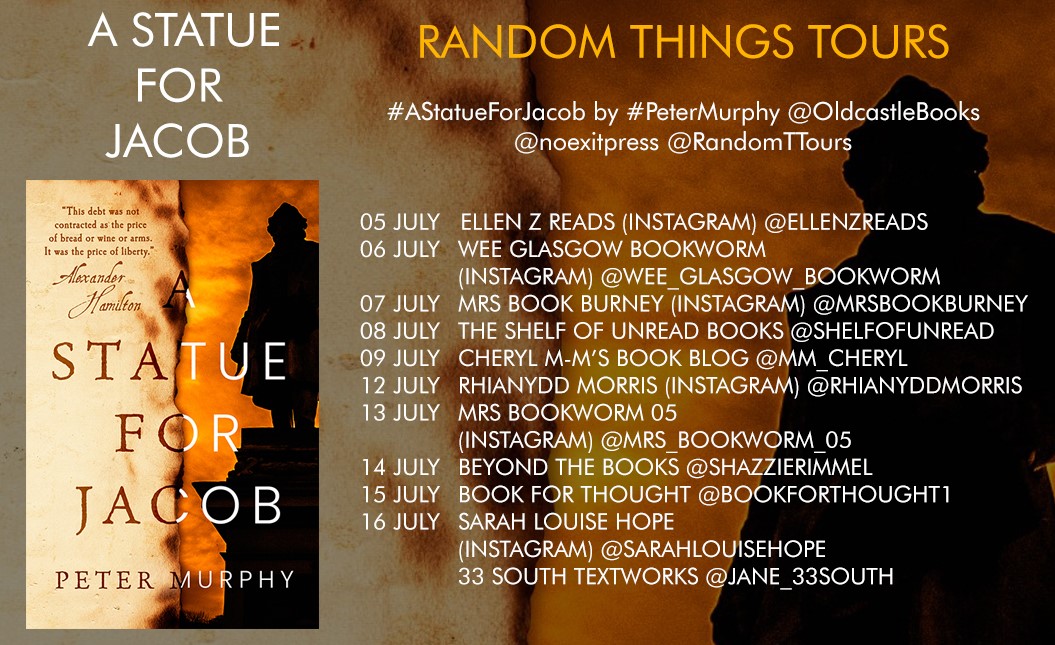 One Response to “Book Review: A Statue for Jacob by Peter Murphy”