Book Review: Roses for the Dead by Chris McDonald 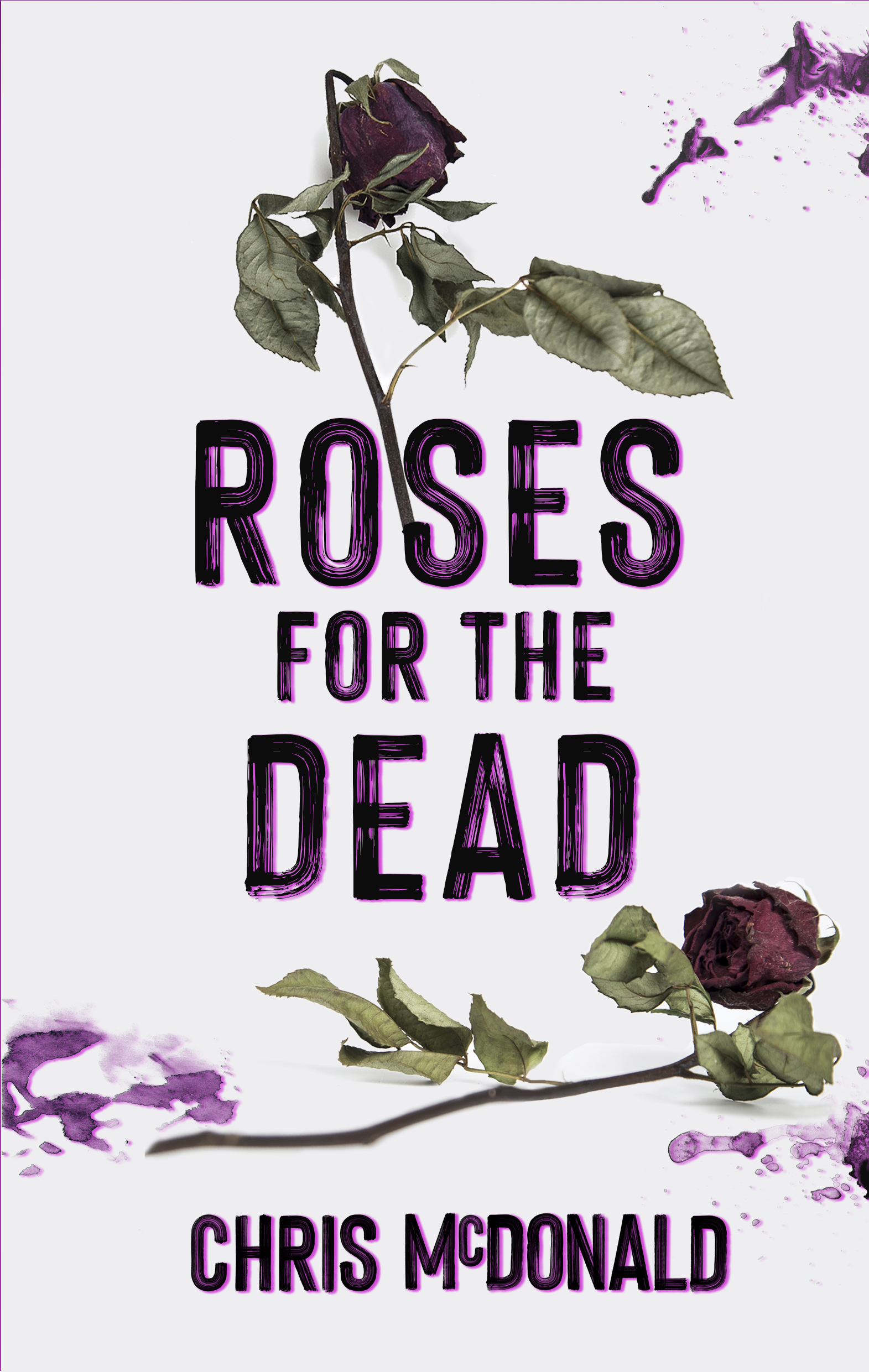 Rockstar Johnny Mayhem sits on his bed, holding a bloody baseball bat. On the floor, clutching a lavender rose in her fist, is his wife, Amanda, who he has just beaten to death. Erika Piper knows this because she is one of the first on the scene. Mayhem is arrested and led away, screaming that they’ve got the wrong man. But the evidence is irrefutable and when Mayhem is sentenced to life in prison, no one is surprised.

Thanks to new evidence, Johnny Mayhem is a now free man. During a television interview, he issues a thinly veiled threat to those involved in the original case before seemingly disappearing off the face of the Earth. When the body of Mayhem’s dealer is found, Erika Piper is pulled from the safety of her desk job and thrown into the hunt for the Rockstar. Can she find Mayhem before he can enact his revenge or everyone involved, including Erika? Or, has he been telling the truth all along? Did the police really get the wrong man?

This is the first book I’ve read starring DI Erika Parker, but now I want to read the others.

DI Erika Parker is the quintessential copper – takes things with a grain of salt, worries about missing something, and absolutely loves the job. And she’s damn good at it.

As Roses for the Dead begins, DI Parker is returning to the job from maternity leave, and has agreed with her partner not to put herself in danger. Her child needs her, her family need her. So, instead of working on the 3rd Floor in murder, she’s in the basement doing admin. And hates it with the fire of a thousand suns. Dull, dull, dull.

So when her new DCI tells her there’s a murder connected to Johnny Mayhem, she’s tempted back to murder. What follows is a twisty-turny delight of a mystery which really did have me guessing til the end. (I made a connection fairly early, but my pick turned out to be one of two possible murderers – and I had absolutely no idea about the other. And I just LOVE being left in the dark like that!)

You think you’ve got this one figured? You don’t.

Chris McDonald has created some truly excellent characters here. Though Roses for the Dead is the last in the DI Erika Parker series, I’d love to see a spin off with the DCI… Just a thought, Mr McDonald! 😉

And excellent mind-bending twister of a procedural, which introduced me to characters I already miss.

Read it. You’ll love it too. 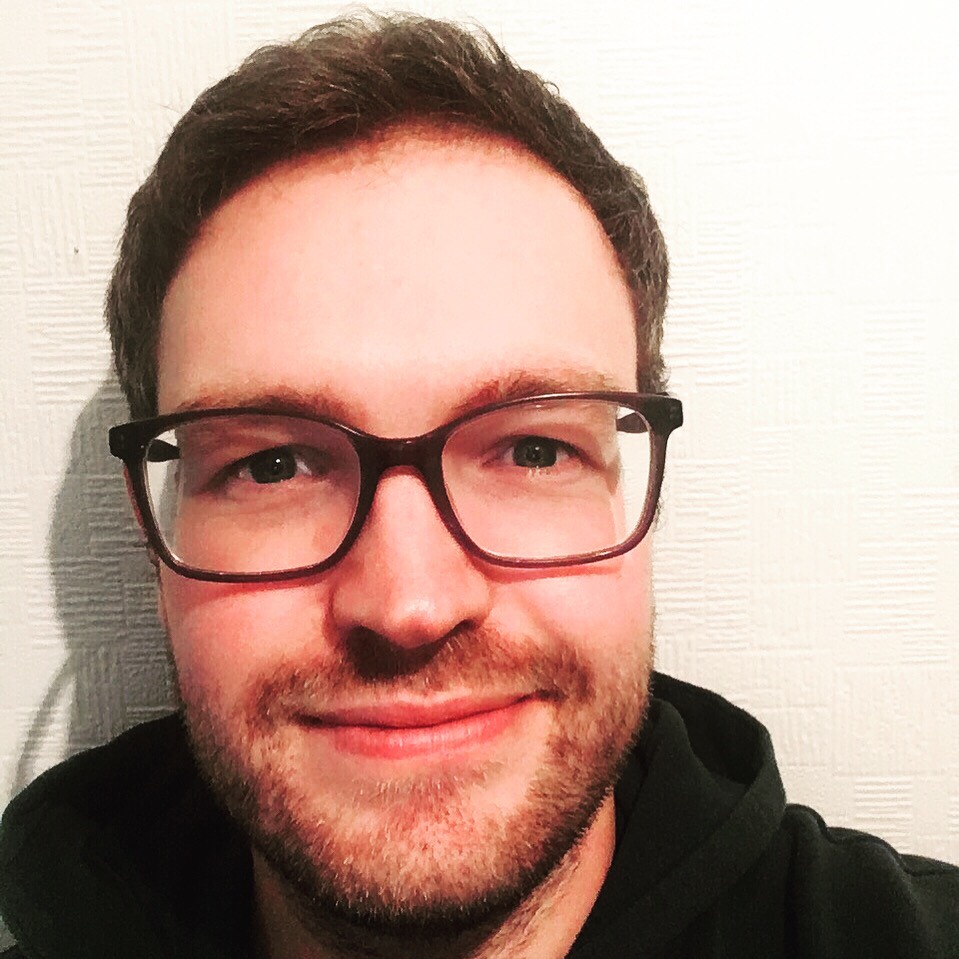 Originally hailing from the north coast of Northern Ireland and now residing in South Manchester, Chris McDonald has always been a reader. At primary school, The Hardy Boys inspired his love of adventure before his reading world was opened up by Chuck Palahniuk and the gritty world of crime. .

A Wash of Black is his first attempt at writing a book. He came up with the initial idea whilst feeding his baby in the middle of the night, which may not be the best thing to admit, considering the content. He is a fan of 5-a-side football, heavy metal and dogs. Whispers in the Dark is the second instalment in the DI Erika Piper series, and Chris is currently working on his latest series, The Stonebridge Mysteries, to be published by Red Dog Press in 2021.   [Actually, I’ve reviewed one of these already – check here! -Jane]

(Note: Some of these are affiliate links, meaning that if you use one to purchase, I’ll receive a small commission. No pressure, entirely up to you!)

Don’t forget, I’m also a copy/line editor and proofreader and can help get your work out there… TELL ME MORE!

If you want me to review your book, post my review on Amazon, Goodreads, and link through my social media, just give me a yell. (Not literally, of course, because we may be quite far from each other and you’ll scare your neighbours – but you get my point.) 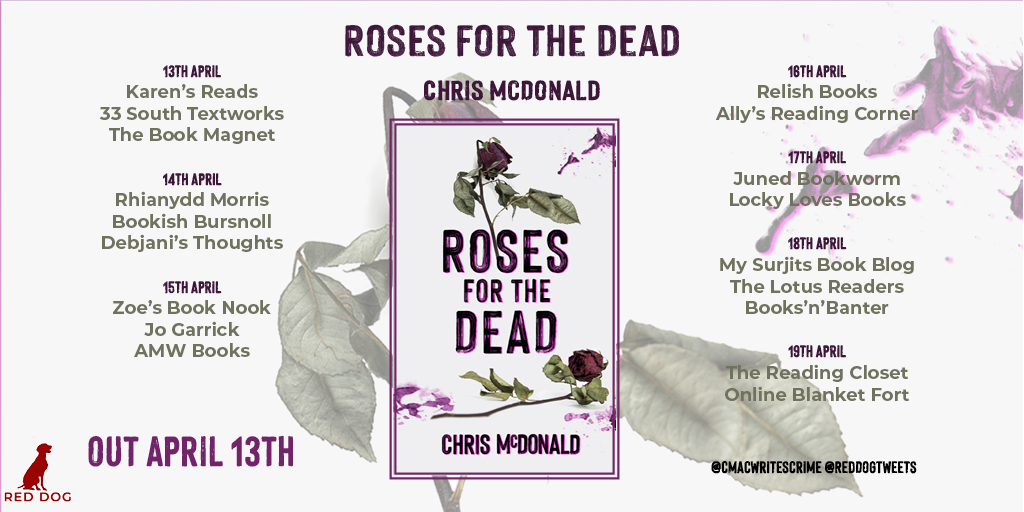 2 Responses to “Book Review: Roses for the Dead by Chris McDonald”