This review of Pariah’s Lament by Richie Billing comes courtesy of a Blog Tour organised by Random Things. I received a free copy of the paperback, complete with a quote from the author 😊. Pariah’s Lament was published on 17 March 2021 by Of Metal and Magic. 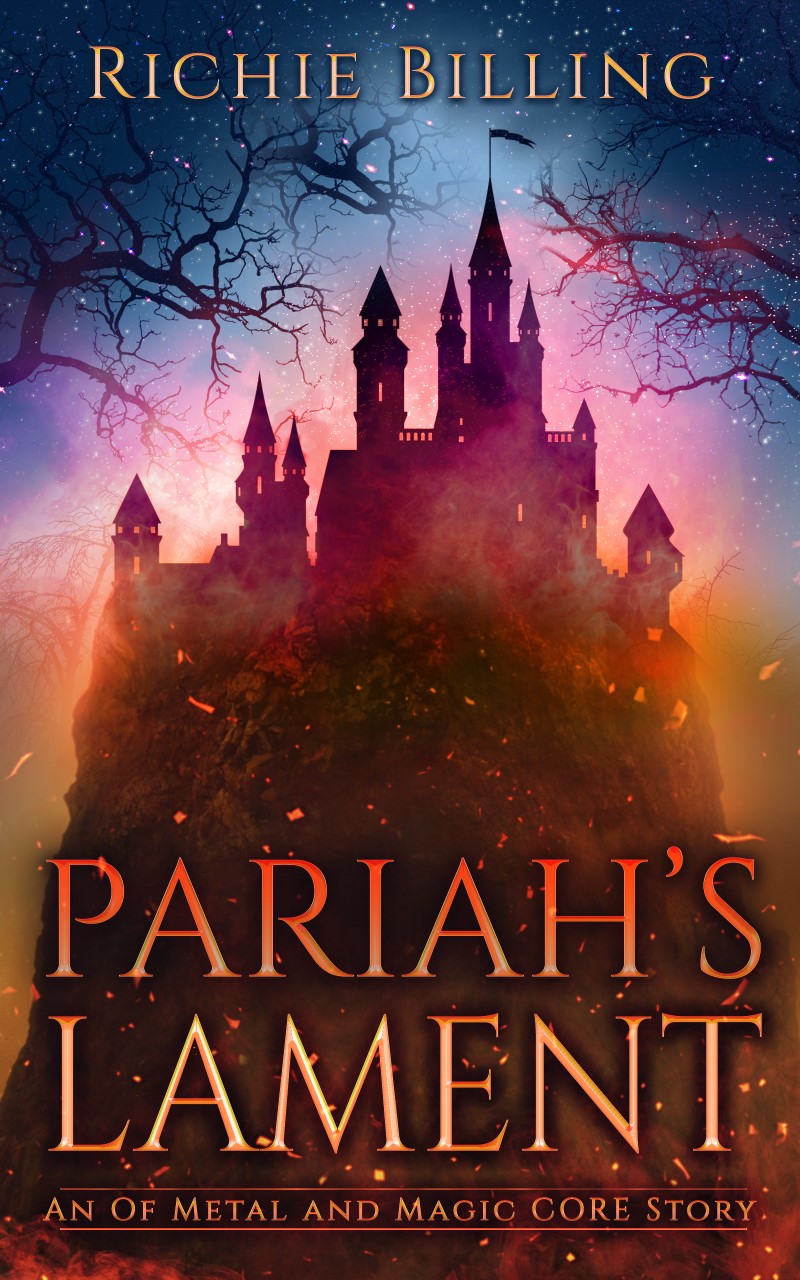 “So often it’s the forgotten who possess the power to change the world.”

When an attempt is made on the life of Ashara, Keeper of Yurr, his young, hapless advisor Edvar must uncover and stop those behind it. With enemies in the capital city and the belligerent Tesh, Keeper of neighbouring kingdom Karrabar stirring trouble in the Borderlands, can Edvar hold together Ashara’s brittle reign?

The troubles ripple throughout Yurr, affecting an ancient race of people known as the Amast, who in their time of utmost need, turn to pariah Isy for salvation. Rejected by society, kith and kin, can Isy guide the Amast to safety during the greatest turmoil Yurr has known since the War of the Damned?

An epic underdog’s story, Pariah’s Lament delivers action, adventure, romance and original fantasy. Fans of Joe Abercrombie and George RR Martin will appreciate the gritty realism and vivid battle scenes of Pariah’s Lament, yet at times it possesses a humorous touch akin to the works of James Barclay and Nicholas Eames.

Richie Billing has created a wonderful story full of action and adventure, friendship and discovery, war and sadness.

Having not read any of the other stories set in the fantasy world of Soria, I didn’t have any idea what to expect. But the world is brilliant.

The main race in this book, the Yurrish (from Yurr), are humans with bear-like ears set high on their heads. (There’s no description of the Karrabar, but I’m assuming they’re similar – If you want to see an artist’s interpretation, go here.)

The story itself brings the two main characters together, though they have wildly different backgrounds and paths.

Isy is a bit of a pariah herself – the large black birthmark on her face leads to her being essentially shunned by her village, called ‘cursed’ and generally mistreated. Her father is a violent drunkard that her mother can’t control. Isy escapes into books as much as she can and her only ‘friend’ is Vil, the chronicler’s assistant, who actually converses with her and seems to see past her face. And, he keeps her supplied with books…

Edvar is the son of a great Yurrish hero, and constantly challenging himself to live up to his parentage. Edvar is also bookish but, as counsellor to The Keeper, his is a far bigger life than Isy could ever dream…

Our story begins in the capital, Yurrisa, with the attempted assassination of The Keeper. An assassin accidentally lands on Edvar whilst jumping from the walls of the keep. One broken nose and slashed arm later, intrigue begins. Meanwhile, Isy’s kidnapped by the Amast, who’ve lived in secrecy…

Our characters develop nicely, but there’s little information on the supporting cast. But that might just be me – I like to know everyone’s story.

The biggest bad for me was the typeface in the hardcopy. It was a good size, but the font choice made it seemed cramped on the page and it required far more concentration/focus than normal. It took me a good week to get halfway, then I finished the rest in a single afternoon because I just HAD to know what happened! Surely the sign of an excellent story.

For all the typeface gave me a headache, I did really enjoy Pariah’s Lament. There are new races, new experiences for our characters (who develop nicely), and a great battle – everything you’d want in a fantasy.

I’ll be on the lookout for more from Mr Billing (who also advises on fantasy worldbuilding – there’s a talk TONIGHT!) and more from the land of Soria… 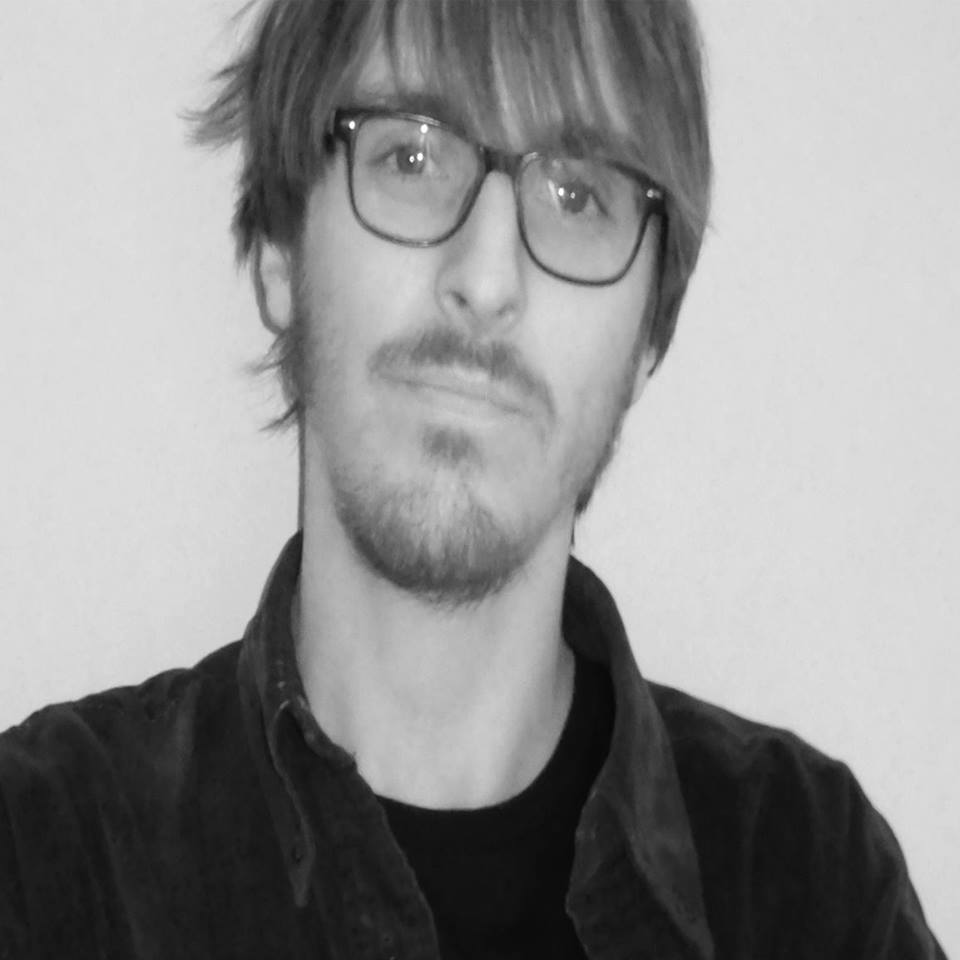 Richie Billing writes fantasy fiction, historical fiction and stories of a darker nature. His short fiction has been published by, amongst others, Kzine, TANSTAAFL Press, Bewildering Stories, Liquid Imagination, The Magazine of History & Fiction, Aether and Ichor, and Far Horizons.

He co-hosts the podcast The Fantasy Writers’ Toolshed, a venture inspired by the requests of readers of his acclaimed book, A Fantasy Writers’ Handbook. Most nights you can find him up into the early hours scribbling away or watching the NBA. Find out more at www.richiebilling.com.

(Note: Some of these are affiliate links – if you use one to make a purchase, I’ll get a small commission. But it’s entirely your decision.)

And, if you’re not at the publishing point yet, check out my Author Services to see how I can help get you there. 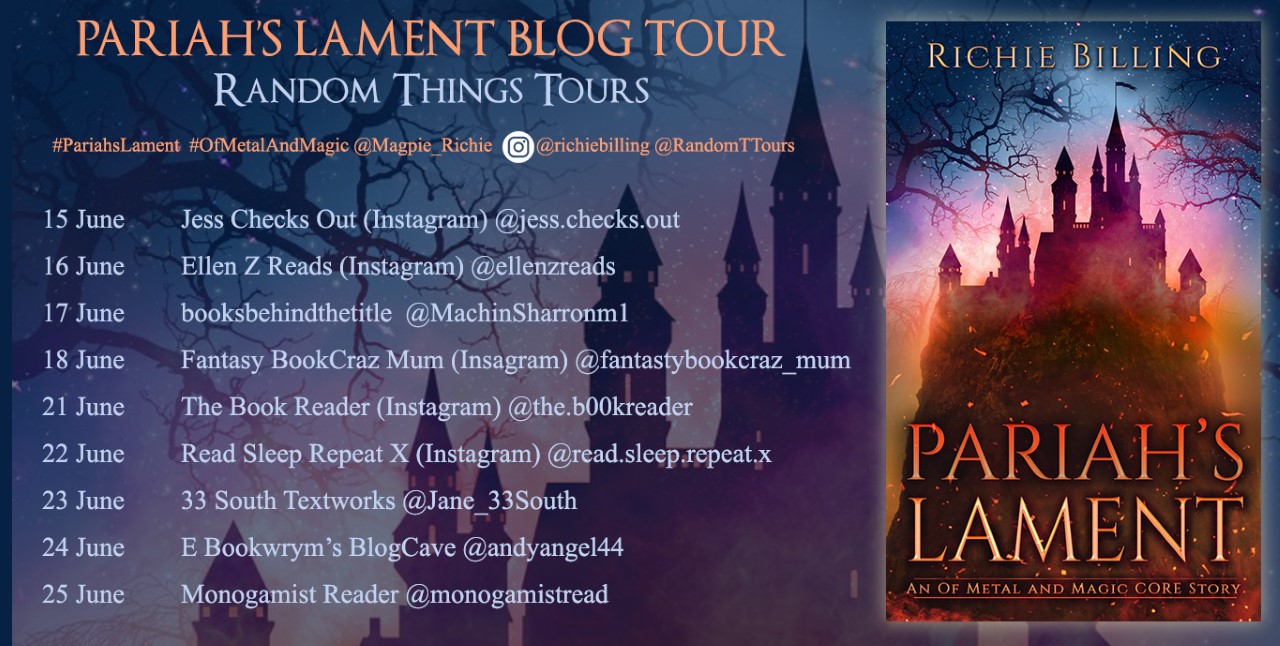 One Response to “Book Review: Pariah’s Lament by Richie Billing”