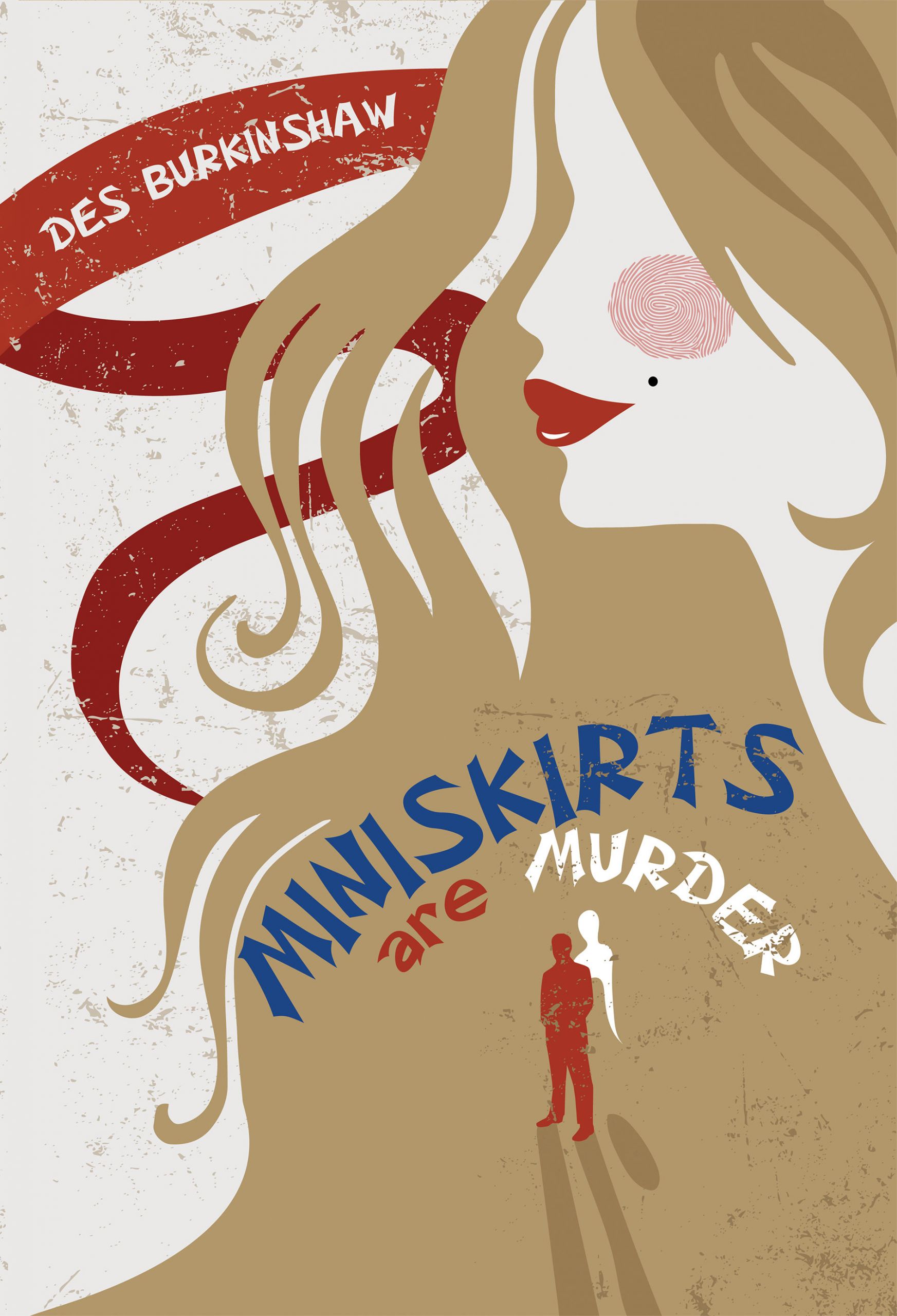 Porter Norton, his friends and his sarcastic spirit guide, The Gliss, are on the trail of a young actress who went missing in Soho, London, in the Swinging Sixties. Still recovering from their last adventure in the battlefields of WW1, the gang are confronted by a transatlantic conspiracy.

So, a little bit of background on how Blog Tours work. The tour organiser gets commissioned to secure reviews and social media publicity about a book. The  organiser then confirms the dates of the tour (7 days < month), sends broadcast emails to those bloggers who’ve signed up to review, and the bloggers choose whether to take a book or not. Once the blogger’s decision is made, a date is locked in, then you get sent a copy of the book, and that’s that.

And, for me at least, a lot goes into deciding which books to take –  blurb, title, my schedule, trying to work out from a short blurb if this one could be my kind of thing… If I’d be happy to promote.

I have to admit, with Miniskirts are Murder this decision was pretty difficult. A tiny wee blurb (as you see above) and a title that I was nervous would essentially be an attack on women. (Which, given recent UK events, is something I really wasn’t looking forward to.)

So imagine my joy to confirm that Miniskirts are Murder is NOT a treatise on the consequences of wearing a miniskirt! YAY!

But it is a really excellent book.

Des Burkinshaw has created an amazing set of characters – not the least of which is The Gliss; a ghost-like entity sent to get Porter Nelson to atone for a family curse that has seen five generations of males  in his family die at their own hands. With the help of The Gliss, Porter can now see and hear the dead if he’s close to their remains, and has to use this ‘gift’ to clear up past injustices if he wants anything even resembling a pleasant afterlife.

This is the second in the series of ‘Porter & The Gliss’, and absolutely makes me long to read the first!

But what happens? Well, Porter and his friends (who all know about The Gliss and can see and hear it, thanks to events in Book 1) try to track down a young woman who went missing in the 60s, in Berlin. There’s side-stories too; Porter has family dramas, thanks to his mum’s recent death and his sister trying to change the will. Not to mention grief from his ex, Tania… Throw them in with Porter falling to the floor ‘doing his electric eel thing’ every time he’s around human remains? Poor Porter’s got some problems, that’s for sure.

I don’t want to let the cat out of the bag, story-wise (because this really is brilliant and you should absolutely read it yourself), but the sordid tale of the missing girl leads from 60s ‘Gangster London’ to LA to Berlin.

As I said, the characterisations are wonderful – everything from ageing gangsters to Interpol, evangelists to Mossad – all colourful and fully formed in their own right. The Gliss is a brilliant character too, filling comedy, straight man and ‘spirit guide’ roles with ease.

Read this. Yes, it’s that good. Actually, read the first one then read this one. (Des won’t mind if you read the other first. Trust me!) 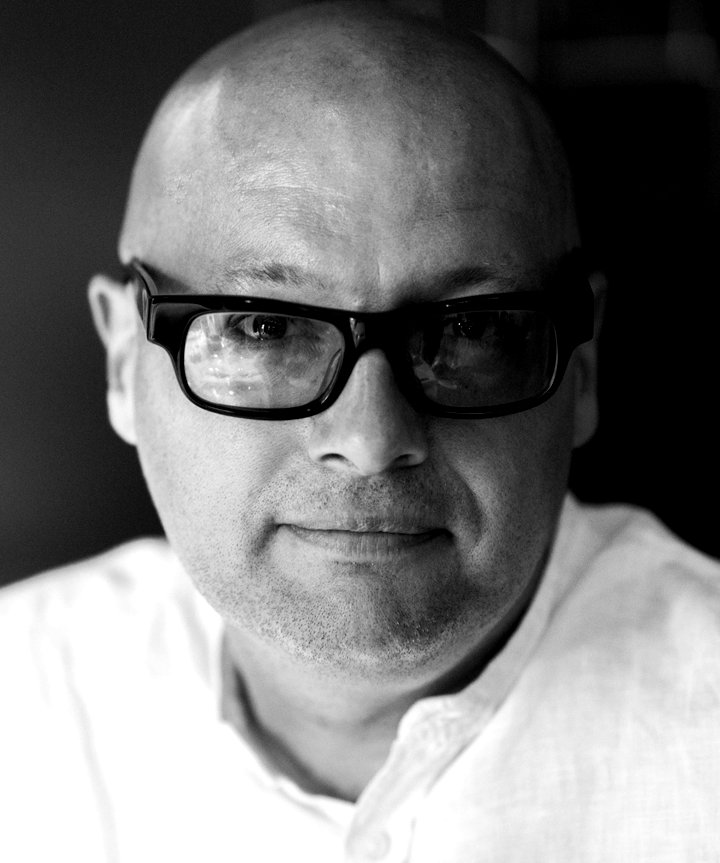 (The author blurb I was issued is here, but I recommend you visit Mr Burkinshaw’s Goodreads page – as it also gives you a wee taste of his writing style!)

Des, 52, is a former Times journalist/BBC TV producer. Miniskirts are Murder is the second in the Porter and The Gliss Investigations series, following Dead & Talking in 2019.

Des likes to live out as much of the stories as possible and spent 3 months in the US researching this novel. He runs a film school in London and has just been commissioned to write a limited season TV series intended for Netflix. Also a keen musician, Des has jammed with people like Paul McCartney, Brian Wilson and Jeff Lynne. He is married with 1 daughter.

(Note: Some of the below are affiliate links, meaning if you use one to purchase I will receive a small commission. No pressure, the decision to purchase is entirely yours.)

If you’d like me to do an equally brilliant* review for your book (*conditions apply! 😉) just GET IN TOUCH 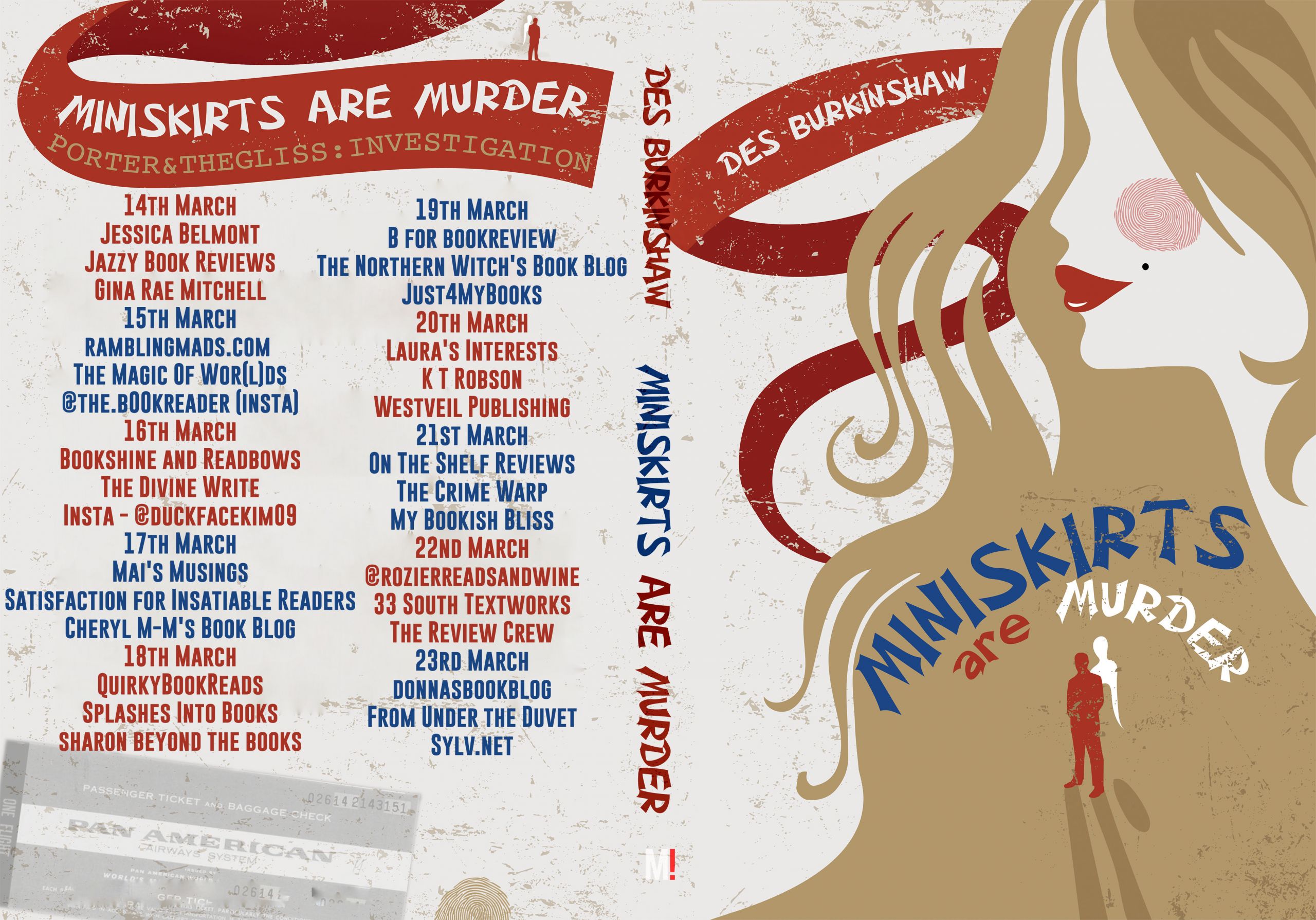