Book Review: Me and The Monkey by Andy Darby

This review of Me and The Monkey by Andy Darby comes courtesy of a Blog Tour organised by Rachel’s Random Resources. Me and The Monkey was published by Bad Press Ink on 10 July 2021. I received a free copy of the hardcover, along with some promo material and a print of one of the book’s graphics! (THANK YOU!) 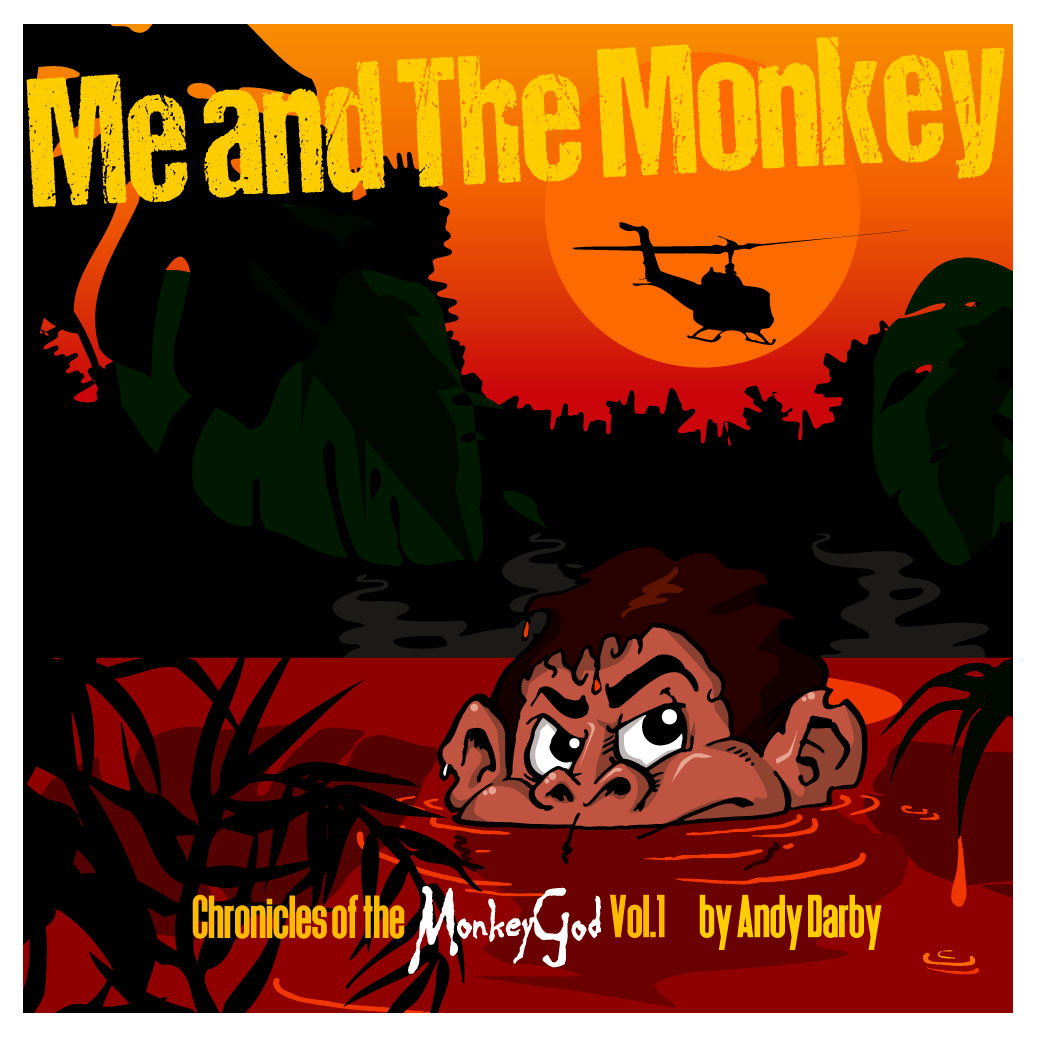 Well there’s this talking monkey who won me in a game of Othello in a coffee shop in Amsterdam. He came back to Cornwall with me and has become a prolific reader and dabbler in magic. He also has past life flash backs – the most prominent of which are the Nam special forces ones.

We have partially deceased girlfriends who apparently eat dead bodies.

The Monkey created a sort of black hole in the spare bedroom and now we have a team of nerds investigating it and trying to stop ‘things’ coming out of it.

A bunch of Oriental hit men who appear to believe he is a god attempted to steal The Monkey’s magic lolly pop sticks, but he managed to blow them up in their caravan.

We are off to Cambodia in search of a temple from which came a monkey faced pendant with glowing eyes and we seem to have upset an international cabal who are out to get us.

Oh, and did I mention that The Monkey likes a cigar and we regularly get very drunk on Jack Daniels…

To quote The Grateful Dead (which seems thoroughly appropriate), “What a long strange trip it’s been”.

Me and The Monkey is written in blog post/diary form, covering the adventures of the Narrator and The Monkey over (almost) a year. It’s a crazy, drunken, drug-fuelled, rip-snorter of a year!

Take a magical Monkey God, some (very attractive) zombie girls, a caravan, a magic portal (and accompanying ‘nerds’ to investigate it), conspiracy theories, AI, and random bursts into Monkey’s Vietnam war experiences, then add a lot of Jack Daniels and cigars, loads of dark humour, and a plethora of pop culture references – and you’ve got a book that just doesn’t quit. Explosions, cannibalism, conspiracy theories, battles, cabals, exotic locations – it’s all here.

Honestly, the best way to describe it? Imagine if you were the lovechild of Hunter S. Thompson and Terry Pratchett, and grew up obsessed with alcohol and conspiracy theories, then discovered you were magic. That’s Me and the Monkey in a nutshell.

And, to add to its uniqueness, it’s not the usual format, either. It’s a hardcover, pretty much square, and full of graphics and illustrations of The Monkey’s antics. Beautifully presented, actually, and a joy to read.

You’ll be giggling, possibly a little perturbed (but still giggling), and totally in awe of where Andy Darby’s imagination will take you.

Don’t worry if Me and The Monkey not your usual reading matter. I can guarantee you’ll enjoy it as much as I did.

And, there’s a GIVEAWAY! 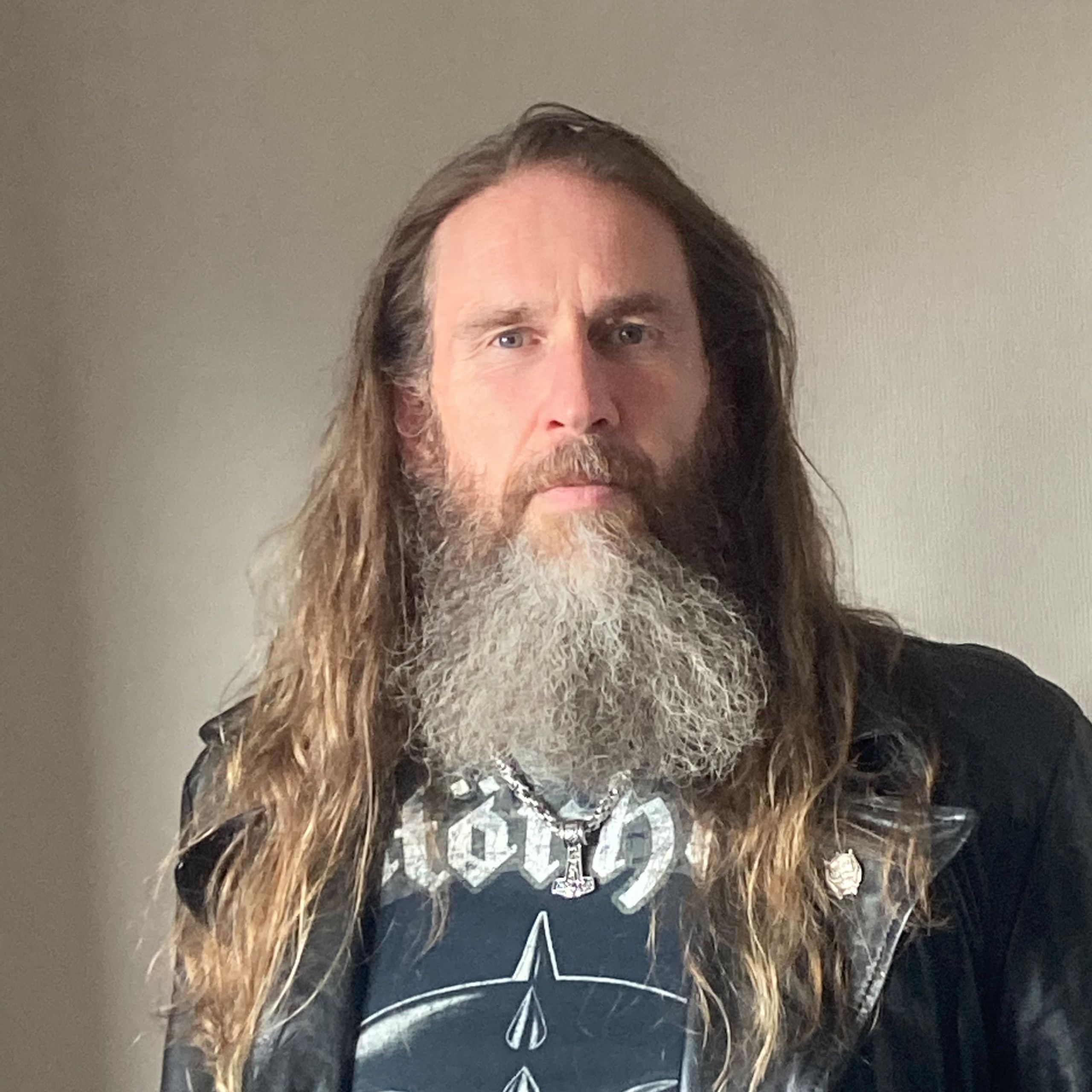 Andy Darby, would-be Viking, and lover of the bizarre. Mission – infest the world with his strange creations. He is the author of Me and The Monkey.

Son of a WW2 Commando, growing up in 1970s Birmingham, as a teenager Andy became a fan of heavy metal, fronting several metal bands over the years. His passion for martial arts also began in the 70s and has continued to the present. Competing as a bodybuilder and playing American Football for the Birmingham Bulls took up much of his 20s.

Following a mixed career involving working in a jewellery factory, spraying cars, and office work, he finally managed to follow his other passion, art, and began a career as a designer. A marketing department honed his skills, and he became aware of the world of designing for live events, joining a small production company, and eventually becoming creative director of their larger parent company. Moving to Cornwall he decided it was time to go freelance setting up his own business focusing on motion graphic design.

In the late 1990s he began to get the urge to write and his laptop drive is littered with the unformed creations that have popped into his head. Me and The Monkey is his first novel, coming to life as an experiment in having the discipline to write something every day during a period when he was travelling extensively for work. The story was written during train journeys, flights, backstage at events, 2am in hotel rooms, even during stops at motorway service stations, and was often written on his phone or iPad.

Andy lives on the north coast of Cornwall with his artist wife, teenage daughter, cat, two ponies, and constantly growing library. He still secretly thinks he could be a big wave surfer regardless of what reality tells him. 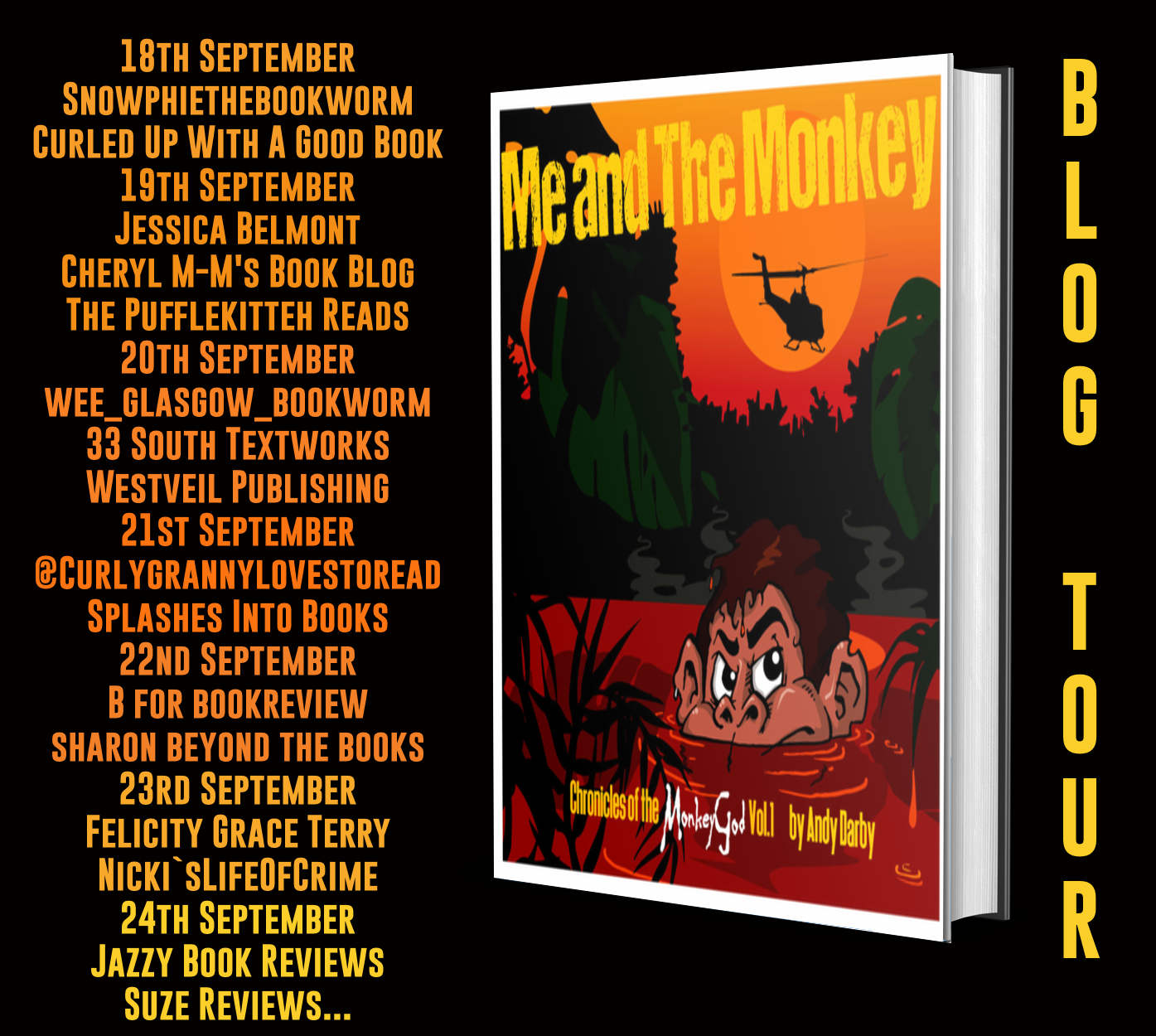