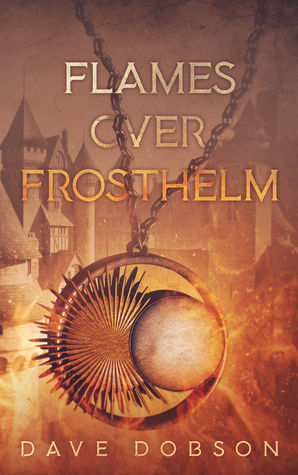 Sometimes, your case takes a left turn. Or three or four.

Marten Mingenstern and Boog Eggstrom are provisional inspectors, fresh out of Inquisitor’s Guild training and eager to prove themselves. Assigned the mundane task of tracking down stolen jewels, they instead uncover a mysterious cult set on destroying the city.

After a thief explodes, they earn the enmity of a vicious noble, the Chief Inquisitor gets bought off and goes rogue, they are seized by barbarians, and they are sentenced to death at least a couple of times. In a final, frantic race with prophecy, they face ruthless fanatics, a city turned against them, and terrible forces long buried.

The Goodreads blurb for Flames Over Frosthelm includes this:

“Flames Over Frosthelm is the first novel about the Inquisitor’s Guild, the investigative arm of the government of Frosthelm, a medieval city-state where criminals thrive, nobles scheme, and dark secrets lurk. Expect intrigue, mystery, swordplay, adventure, politics, romance, and the strong bonds of friendship. And a little magic along the way. Described as Princess Bride meets CSI, this new novel is a tale of classic adventure with a healthy dose of humor.”

And I can confirm that it’s all true. As far as I’m concerned, Flames Over Frosthelm is pretty darn close to perfect. I was completely immersed from the very first page.

The Inquisitor’s Guild is a big step above your basic street-plod – prospective inquisitors undertake an intense 5-year training course. Those that make it to graduation are ‘Provisional Inspectors’. Marty and Boog (real name, Beuregard, but “Boog was a bit touchy about it, and those who didn’t know that often ended up bruised or bleeding”) are both of lowly birth, unlike most of their colleagues. They’ve had to work harder, be more persistent, be more stubborn.

Marty and Boog stumble through their first investigation (and mangle the Inquisitor’s secret sign language for non-verbal discussions – Chicken is love) come across a thousand-year-old obscure prophecy that leads to all sorts of drama, exploding thieves, magicians, strange symbols, a blue girl in a box, imprisonment, dungeons, a trip to the war-torn border, and ultimate vindication.

The characters are fabulously witty, well-fleshed and completely relatable. The story, told by Marty, is imaginative and follows the duo through what may be the biggest investigation of their lives. This is an adventurous romp in the truest sense.

And all credit to Mr Dobson for inserting his wit and humour through Flames Over Frosthelm. Even the chapter titles are great, and they’re brilliantly melded with their first lines:

There are two other books in the Inquisitor’s Guild series, all of which can be read as standalone books, but some of the characters reappear. Both books are now on my To Be Read list.

Marty and Boog are my new favourite crime-fighting duo. They’ll be yours too.

And – Escapist Tours are having a giveaway for a free ebook or paperback copy of Flames Over Frosthelm! ENTER HERE 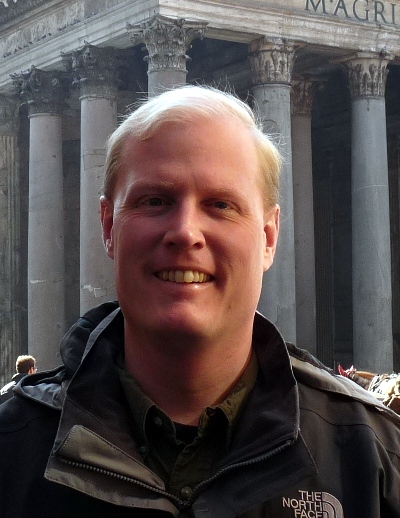 Dave is the author of Snood, Snoodoku, Snood Towers, and other computer games. Dave first published Snood in 1996, and it became one of the most popular shareware games of the early Internet. His most recent game is Scryptix, a word game for cell phones.

Dave teaches geology, environmental studies, and computer programming at Guilford College, and he does improv comedy every week at the Idiot Box in Greensboro, North Carolina. He’s also played the world’s largest tuba in concert. Not that that is relevant, but it’s still kinda cool. 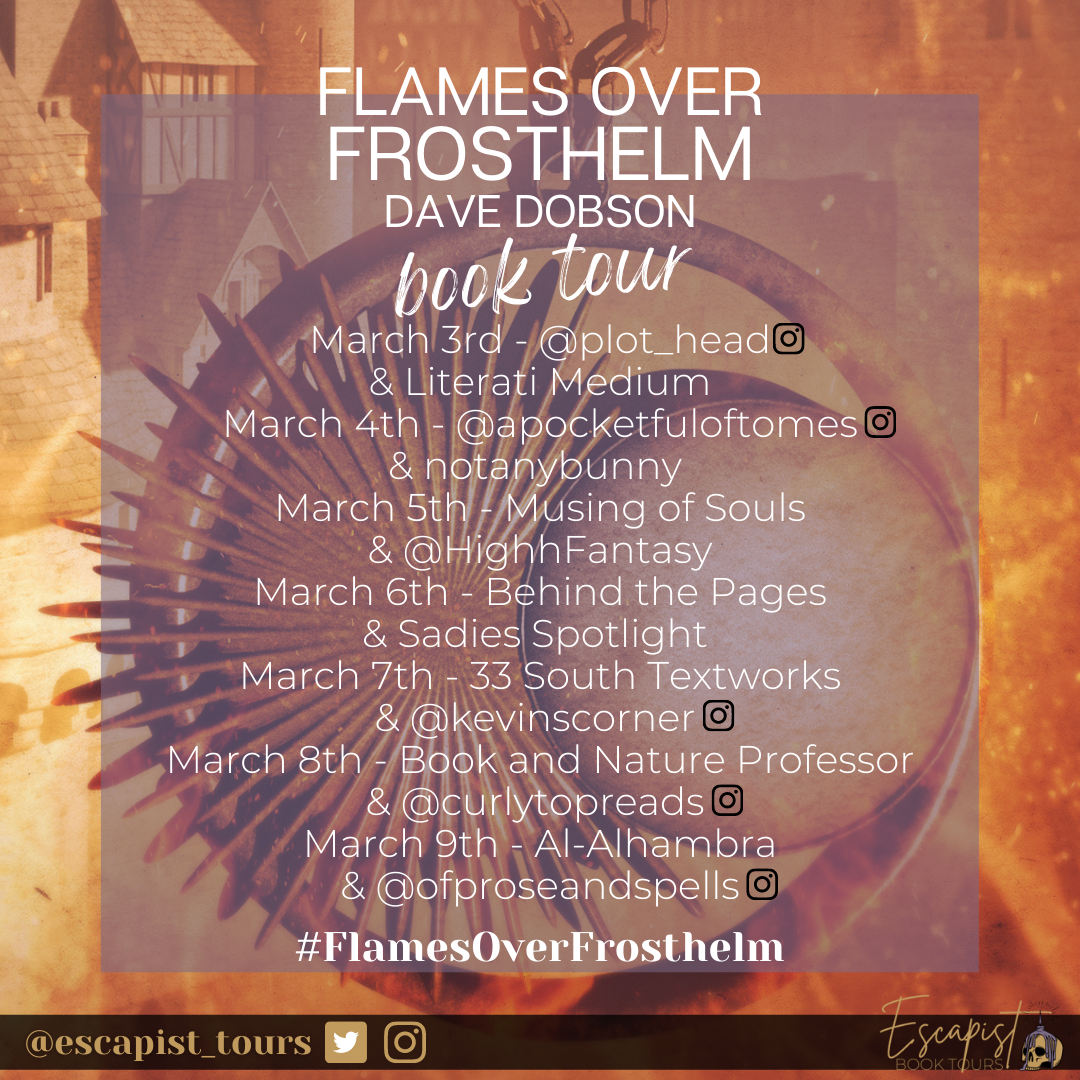 If you’d like me to review your book, or you’re looking for copyediting, proofreading or a manuscript critique, just GET IN TOUCH