Demystifying the Apostrophe – how and when to use an apostrophe

Posted in Grammar, Language, Punctuation, Tips for Writers | No Comments »

I’ve noticed through my working life that a good percentage of people have trouble with apostrophes – when and how to use them.  I agree they can be confusing, so here I aim to provide a list of the main things to remember.

Firstly, remember that apostrophes are mainly used to indicate ownership/possession or contractions.

If you’re not a grammarian, check my handy table at the end of the post for definitions. I’ve also included some recommended reading, should you be interested in increasing your grammatical knowledge further. 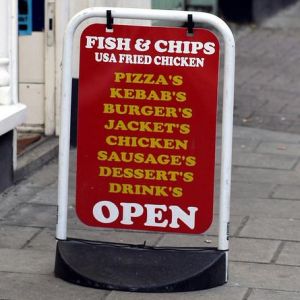 An apostrophe should not be used to indicate more than one banana, or more than one book.  As you can often find apostrophes used this way at the grocer, this has come to be known as the ‘greengrocer’s apostrophe’.

Don’t do it. You’ll look silly and many, many people will comment you’ve got it wrong. Trust me.

If you persist, there’s an actual Society that will embarrass you online.

It’s easiest just to refer to point one. Don’t do it.

Well, every rule has an exception!

In British English, when ‘minding your p’s and q’s’, or ‘dotting i’s and crossing t’s’, you should use an apostrophe.

Its means belonging to it.

It’s means it has.

Most nouns can have possessions just by adding ‘s, e.g. the dog’s growl, the oak’s lushness.

One of the ways language is so great is that it’s fluid. You might find that what you learnt in your youth is no longer common use.  For example, I was taught to always leave an open apostrophe if the noun ends in an s, e.g. the boss’ office.  This might have been the way of it 30 years ago, but in 2020 we add an ‘s, as in the title of this point.

This is a two step process. First, create the plural:

After the plural, add the possessive apostrophe:

If Steve and Jessica were both there but had their own pencils, it would be: Steven’s and Jessica’s pencils

There are more (there are always more) guidelines for apostrophe use – indeed, we could go on for days. But these are those I’ve found to be the most common, hence the most useful for you.

If you can master these, you won’t be picked on for your apostrophe use ever again!

Do leave a comment below if you’ve found this helpful.

If you’d like help with your text, do check out my Editorial Services page, and get in touch for a chat!

Dreyer, B. Dreyer’s English: An Utterly Correct Guide to Clarity and Style. (London, 2019).