I received an advance copy of Verbal by Peter Murphy to review as part of the Blog Tour by Random Things Tours. Verbal will be published by No Exit Press in digital format on 25 June 2020, and paperback in December 2020. 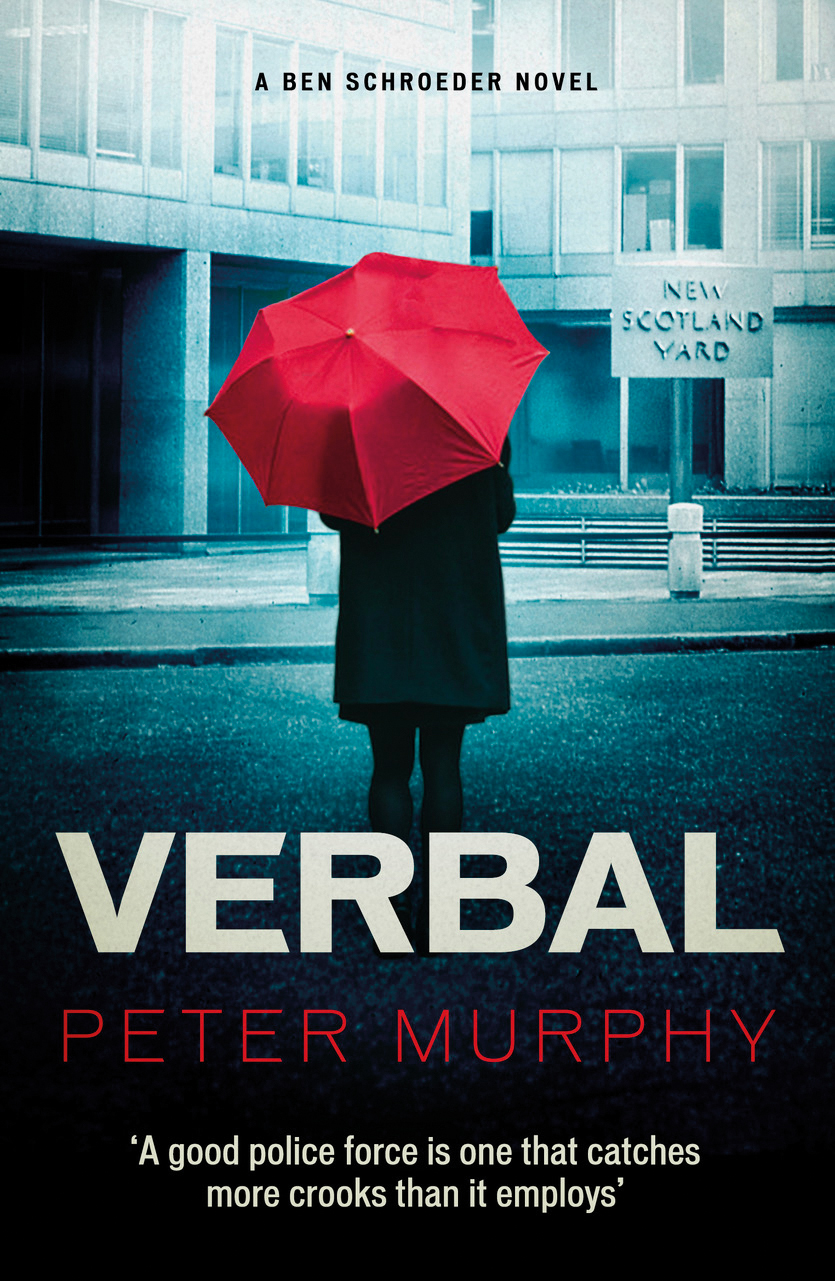 A clever, accomplished Cambridge graduate with a good job and an attentive lover, Imogen Lester seems to have the world at her feet. But when her parents are murdered abroad while working for the Diplomatic Service, she is suddenly thrown headlong into a murky world of espionage and organised crime.

When she is charged with drug trafficking, even Ben Schroeder’s skills may not be enough to save her – unless a shadowy figure from Ben’s past can survive long enough to unmask a web of graft and corruption…

Verbal is set in the early 1980s, before The Police and Criminal Evidence Act 1984 (PACE Act) was in place. It deals with police corruption, drug trafficking and takes a little sideways dip into the world of the Security Services.

For those who don’t know, Police and Criminal Evidence Act 1984(PACE) instituted a code of practice for police officers in England and Wales, to regulate police powers and protect the rights of the public.

There was a clean-out of corrupt London Metropolitan Police officers in the late 70s – involving officers from the Criminal Investigative Division (CID) and the Flying Squad (known as The Sweeney). Fifty officers were prosecuted, while 478 took early retirement. It’s arguably the biggest anti-corruption operation in UK history. It’s true. It happened, you can look it up. This clear-out happened under Sir Robert Mark, who was Commissioner of the Metropolitan Police from 1972 to 1977 (and said the quote in the blurb above).

PACE was legislated after the Sweeney scandal, and enforces many of the other things we now consider ‘rights’. It is indeed strange to think that, in very recent history, a suspect had no rights at all.

“Verballing” or “being verballed” was rife back then. At the time, all evidence from interviews came from a Police Officer’s notebook – which supposedly documented exactly what suspects said or did. As these notes would often be written days after the event, many false statements were made. The officer would state in their notebook that suspects confessed or admitted guilt when they did not. Verbal evidence, given by an officer in a courtroom, or an incorrect verbal statement recorded in an officer’s notebook, both could be considered verballing.

And that’s what this book deals with, the practice of verballing.

Racing through this one wet, rainy afternoon, I have to say Peter Murphy is an author I’ll be adding to my list! This is one of a series based on QC Ben Schroeder, but can be read as a standalone.

Our story begins with a solicitor, Julia, and her young lover, Imogen. Imogen’s father is ostensibly a diplomat, and sidelines for the Security Services (though it’s never really outlined which service). He and his wife are killed on a trip to Yugoslavia.

Through twists and turns, Imogen becomes involved in a Security Services mission to repatriate a murderer, and on her return home, is arrested after her brother is caught with a shipment of drugs.

Much of the book takes place during Imogen’s subsequent court case, where Peter Murphy’s experience shines like the sun.

You can tell the story is written by one practising the legal profession – the sentences are long, commas considered an afterthought, and there is some assumed knowledge. For example, ‘taking the Silk’ is mentioned repeatedly, but no definition given as to what this is. (Though, after research, it’s based on the style of gown Queen’s Councillors are permitted to wear.) For those like me, with no knowledge beyond that fancy lawyers wear wigs in Britain, a little explanation would have been appreciated.

That said, the story flows at speed with engaging characters, believable plot lines, and made my rainy afternoon thoroughly enjoyable. The dips into corruption are both believable and shocking – not that it could be done, but that they were so brazen about it.

Heartily recommended for anyone who likes a good legal thriller, or appreciates tales of Sweeney-era UK.

Peter Murphy graduated from Cambridge University and spent a career in the law, as an advocate, teacher, and judge. He has worked both in England and the United States, and served for several years as counsel at the Yugoslavian War Crimes Tribunal in The Hague.

He has written eight novels: two political thrillers about the US presidency, Removal and Test of Resolve; six historical/legal thrillers featuring Ben Schroeder, A Higher Duty, A Matter for the Jury, And Is there Honey Still for Tea?, The Heirs of Owain Glyndwr, Calling Down the Storm and One Law for the Rest of Us. He is also the author of the Walden of Bermondsey series. He lives in Cambridgeshire. 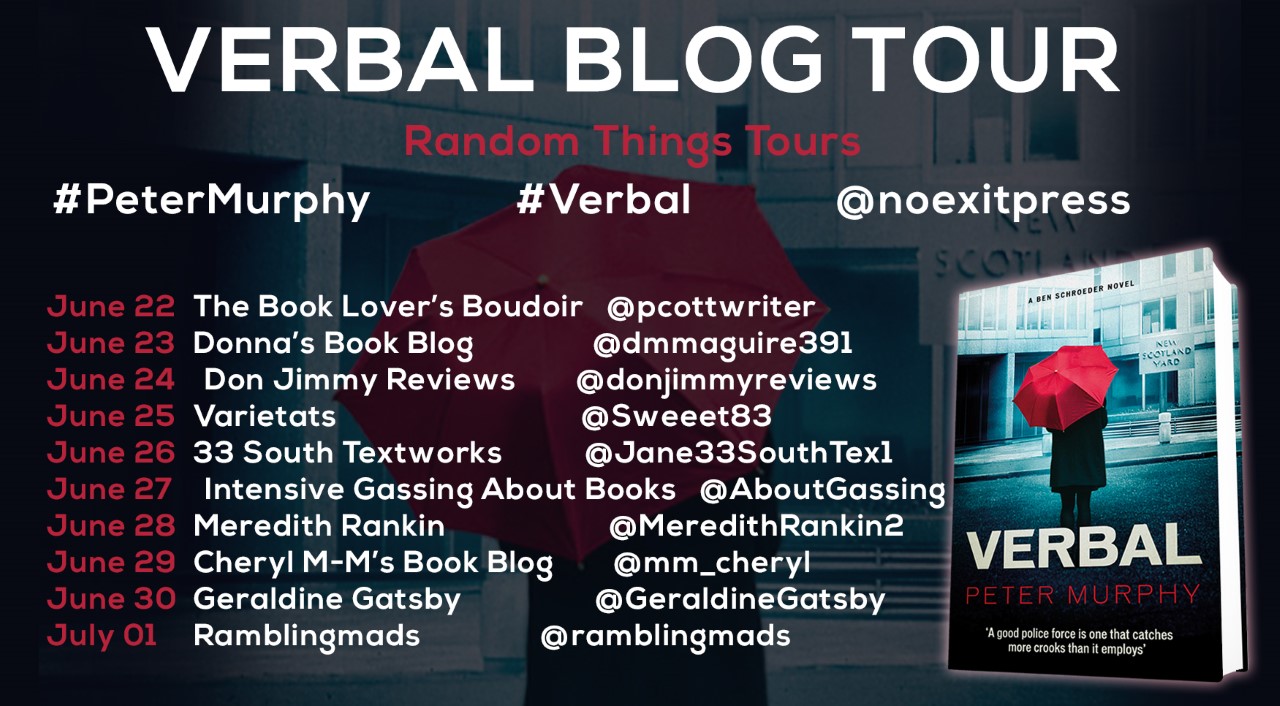 You can see my other Book Reviews here.