This review of The Watcher by Kate Medina comes courtesy of Random Things Blog Tours. I received a free copy of the ebook, published by Harper Collins on 3 September 2020. 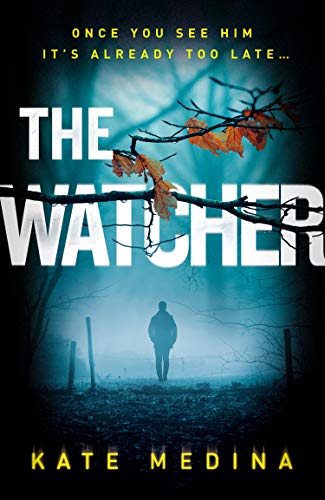 Some secrets can’t be hidden.

The Fullers are the picture-perfect family, a wealthy couple with a grand home in the middle of remote
woodland. But even they have something to hide – and it will prove fatal.

Some crimes can’t be forgotten.

Psychologist Dr Jessie Flynn and DI Marilyn Simmons arrive at the Fuller’s home to find a suburban
nightmare. A crime scene more disturbing than anything they have ever encountered.

Some killers can’t be stopped.

Jessie knows that this is no random act of violence. And if she can’t unlock the motivation behind the
crime and shine a light into this killer’s mind, the Fullers won’t be the only family to die…

The Watcher by Kate Medina is a thriller/procedural with a psychological twist. A quite good one, actually. And now I’m nervous about moving into a house that backs onto woodland!

Dr Jessie Flynn is the main character – a psychologist contracting with the police to get some insight on a couple of incredibly grizzly murders in a small village in Surrey. Grizzly indeed – almost animalistic. But an animal doesn’t act with that kind of precision… What follows is disturbing, karmic, and (sometimes) understandable – and provides a morality tale on ‘think before you speak’, as well as ‘speak no evil’.

Dr Flynn is a great character; feisty, confident in her skills, entirely relatable and with enough personal issues to sympathise with. DI Simmons is also relatable, but in a gruff, short-tempered kind of way. Oh, and DI Simmons is a man – Marilyn is a nickname.

The story flows through attack after attack with no link – well, none that we (or the cops) can see. There are small clues, sure; but the biggest clues only come in the last 10% – and came as a bit of a shock!

I enjoyed this one – and not just for the puppy-dogs. Ms Medina turns a lovely phrase, paints written pictures, and is a joy to read.

Recommended for fans of procedurals. The Watcher and Kate Medina will not disappoint! 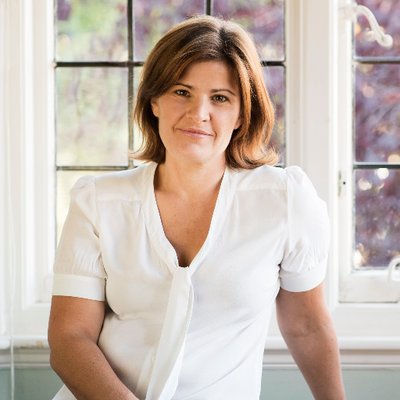 Kate Medina has always been fascinated by the ‘whys’ of human behaviour, an interest that drove her to study Psychology at university and later to start a crime series featuring clinical psychologist Dr Jessie Flynn. She has an MA in Creative Writing from Bath Spa University and her debut novel White Crocodile received widespread critical acclaim, as did Fire Damage, Scared to Death AND Two Little Girls, the first three books in the Jessie Flynn series.

Before turning to writing full time, Kate spent five years in the Territorial Army and has lectured at the London Business School and the London School of Economics. She lives in London with her husband and three children. 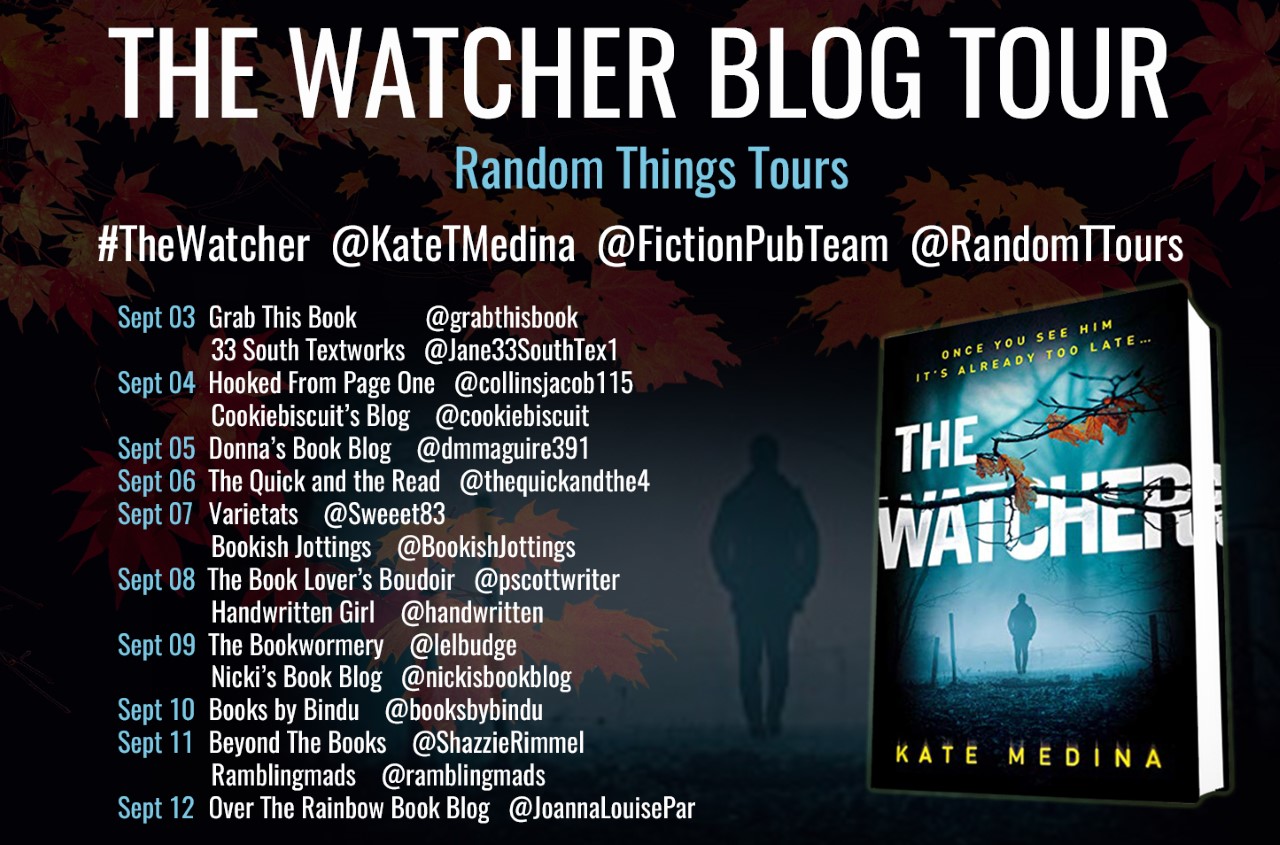