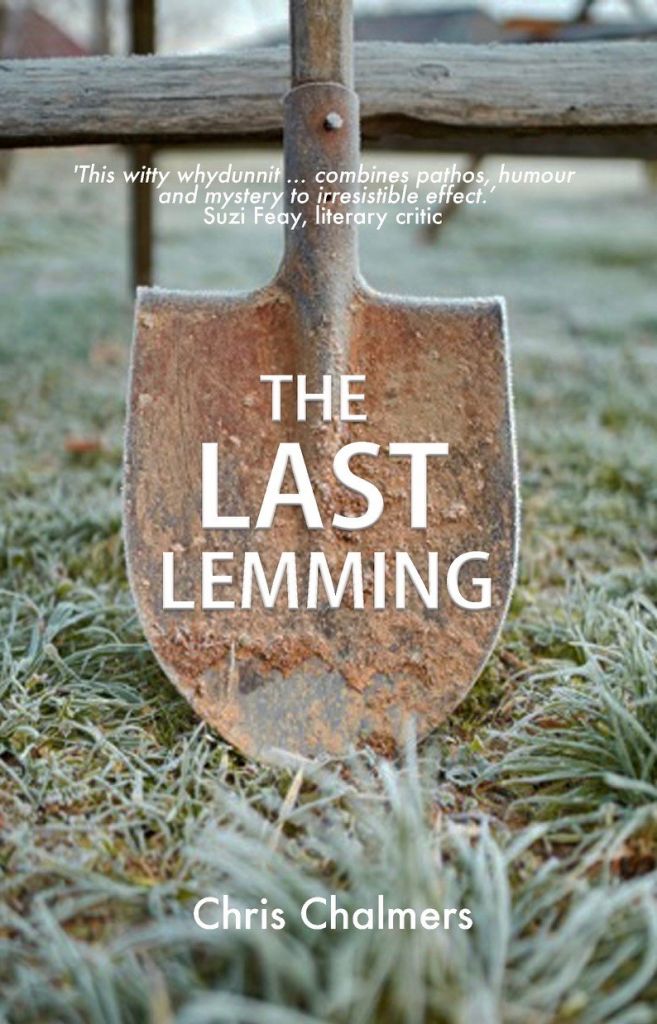 TV naturalist ‘Prof Leo’ Sanders makes it to his deathbed without a whiff of scandal — then confesses his career-defining wildlife discovery was a hoax.

A National Treasure shattering his own reputation on YouTube is enough to spark a media frenzy, and the curiosity of part-time journalism student Claire Webster who makes him the subject of her dissertation.

Her investigations lead to Prof Leo’s estranged family, and a high-flying advertising guru he also slandered in the video.

Ultimately Claire uncovers the truth behind the discovery of the Potley Hill Lemming — the first new species of British mammal in a century.

Firstly, this book is a full-on jaunt!

After the posthumous release of a deathbed confession video, which outed his discovery of a new lemming species a hoax and pointed the finger at a ‘murderer’, Prof Leo’s credibility is shattered. But he’s dead, so he’s not too worried.

Claire Webster thinks there might be more to the story and endeavours to investigate – leading to a series of interviews with concerned parties, midnight visits to crime scenes and career-making decisions.

The book flips back and forward between Claire’s investigations in the present and Prof Leo’s life in the 1980’s, outlining the circumstances of the discovery. All in all, it flows along nicely.

As an editor, however, I have issue with the number of ellipses (…) used. Someone had a big crush on them! My brain hiccuped a little as there was no distinct spacing between the ends of many sentences. I think a lot of them could easily be changed to periods/stops.

But that’s pretty much the worst thing I can say about this. I thoroughly enjoyed it.

The writing is witty, erudite and charming. The characters are believable, relatable and fleshed. (Except Ryan, the Aussie. I didn’t like him much and I didn’t find him attractive, or very Australian. I can say that. I’m an Aussie.)

As a man, Mr Chalmers has written his female main character well – though there are a couple of things I don’t relate to, the writing makes sense within the character he’s created. Prof Leo himself is slightly crazy (as you’d expect, really) and though some of his actions are odd, they are also all totally within character.

In a nutshell, this is a witty ramble, bouncing through amateur monster-hunting, ‘what-should-I-do-when-I-grow-up’, journalistic ethics, advertising ethics, and how to get away with murder. 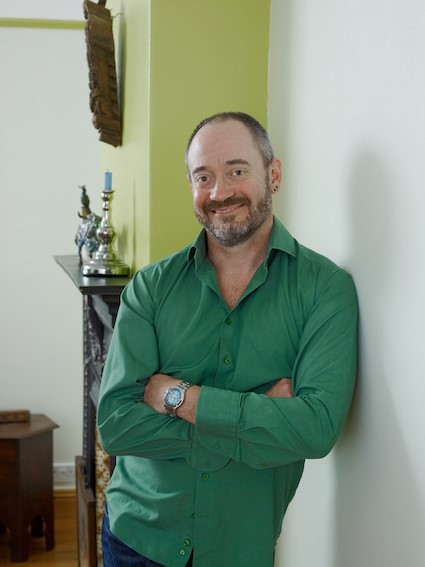 Chris Chalmers was born in Lancashire and lives in south-west London. He’s been the understudy on Mastermind, visited 40 countries and swum with marine iguanas. His first novel, ‘Five To One’, was winner of a debut novel competition and nominated for the Polari First Book Prize; his latest, ‘The Last Lemming’, is out now in paperback and ebook. He has written a diary for 42 years and never missed a night.

Click on a reading from ‘The Last Lemming’, or a Five-To-ONE-MINUTE-MOVIE for a 60-second intro to the main characters and themes of ‘Five To One’. Or search ‘chris chalmers novelist’ on YouTube, for clips of Chris reading from his other books, poems about Christmas Eve and butcher’s shops, and fox cubs dancing to ABBA. (Yep, it’s as high-brow as that.)

Blog, news and more about his books at http://www.chrischalmers.net/

Before you go, don’t forget that I’m happy to do reviews for authors, and I post these on Amazon, Goodreads and my social media pages (Facebook, Twitter and LinkedIn). Do please Get in touch if you’d like me to review for you. 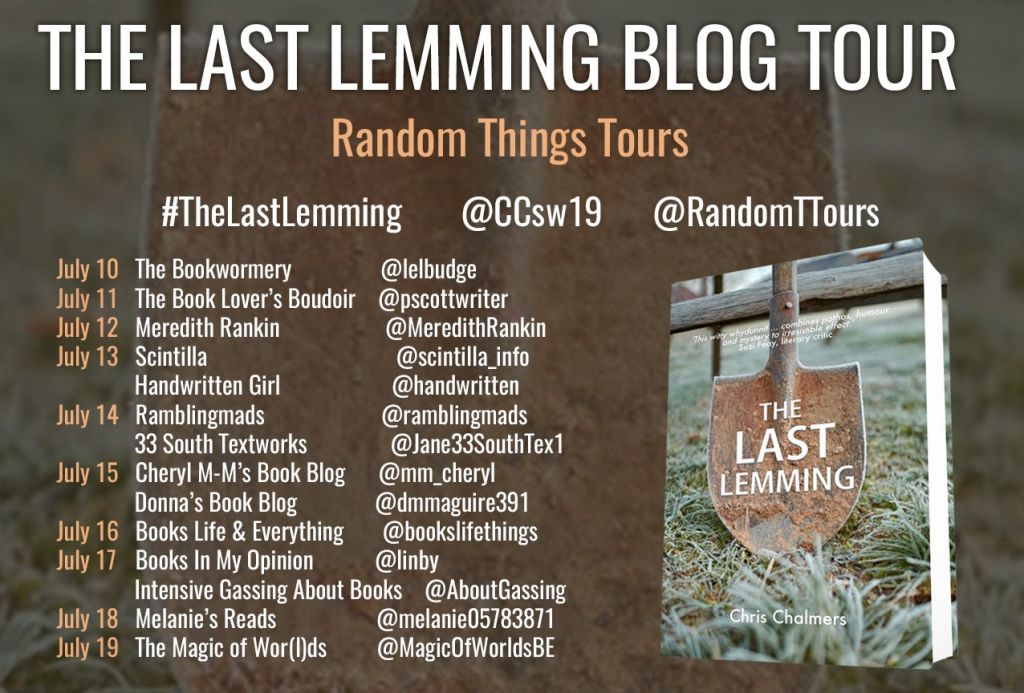 One Response to “Book Review: The Last Lemming by Chris Chalmers”