This review of Preacher Boy by Gwen GB comes via a Blog Tour organised by Rachel’s Random Resources. Preacher Boy was published by Chalky Dog Publishing on 5 June 2021. I received a free copy of the ebook. 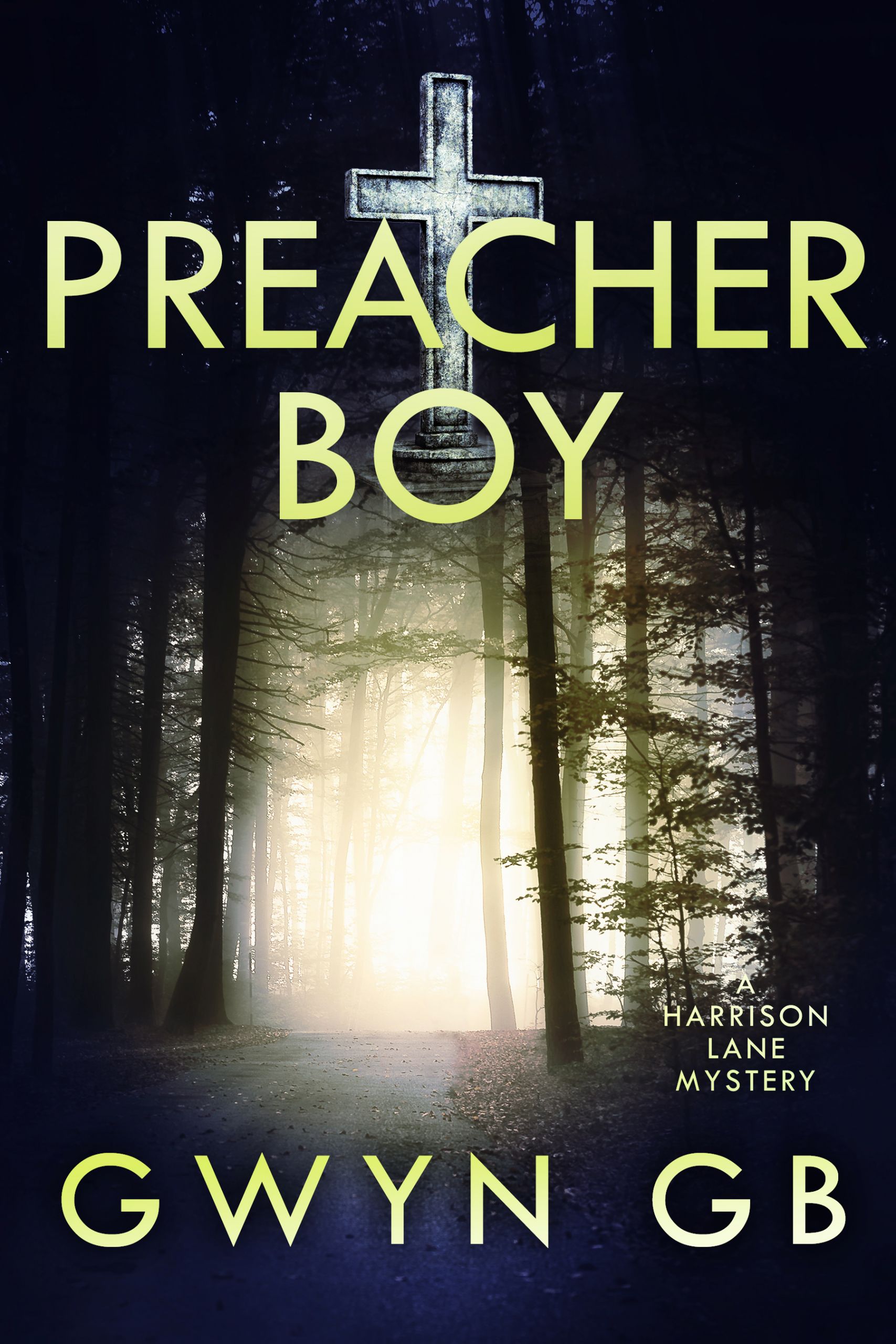 Dr Harrison Lane is everything you wouldn’t expect from a man with a psychology doctorate. For victims, he’s everything they need.

They look, but they don’t see…

As Head of the Metropolitan Police’s Ritualistic Behavioural Crimes Unit, Dr Harrison Lane knows his Voodoo from his Aum Shinrikyo and a Satanist from a Shaman.

Harrison had an unusual childhood, raised by a bohemian mother and one of the native American Shadow Wolves – the elite tracking squad that works with US Drug enforcers. After his mother’s murder, he dedicated his life to tracking down those who hide behind spiritualism and religion to do evil.

Following the discovery of a missing boy’s body in what looks like a Satanic killing, Harrison is called in to help detectives. When a second boy is snatched, it becomes a race against time to save him, and sees Harrison come face-to-face with some dark secrets from his own childhood.

I feel like a schoolgirl – *sigh* – Harrison Lane is my new literary crush.

Dr Harrison Lane is a police consultant, one familiar with ‘the darker side’ of religion and ritual. He’s curious, knowledgeable, tall and (by all accounts) very attractive, and he was raised by an expert tracker, so he’s one of those too. He rides a motorcycle, wears leathers, and seems to distract all the coppers he works with, though his social skills definitely need some work.

Through this book, said social skills grow a little, and I’m looking for their development in the next. He’s not the absolute perfect man quite yet. 😉

He’s got a data analyst/computer-whizz sidekick called Riley, who eats too much junk food and has little respect for authority – or maybe that’s just for certain kinds of authority. Either way, I’m looking forward to Riley’s development too.

I raced through Preacher Boy in a day. It’s that kind of ‘just one more chapter’ read – and I needed to know what happens. You will too. Trust me. It’s an excellent twisty-turny UK based police procedural.

There were just two small things that bugged me.

First, every mention of the/a Bible was in italics with a capital: Bible. It looks a little odd. Researched why one word could look so odd to me and discovered that New Hart’s Rules, Chicago and AP all say cap only, no italics. Totally depends on the author’s chosen Style Guide, of course, but when 3 different guides agree…(And I’ve now been focusing on the word Bible too long – now just the word looks odd. 🙄 Yes, it’s an editor’s problem.)

Second, every woman in the book had daydreams about Harrison Lane. So, there was a little head-hopping. But, really? Every woman? (Besides, he’s mine! 😁)

And, I felt right at home – Harrison Lane tramps through some of my old London haunts. Ah, memories…

Yes, I thoroughly enjoyed Preacher Boy. I enjoyed it so much I got in touch with the author on Twitter.

I told her it was great, that Harrison Lane’s my new literary boyfriend, and I’ve been lucky enough to have been sent an ARC of Book 2 (which Gwyn tells me is published soon)! YAY! Thank you Ms Gwyn! Keep your eyes out for a review of The Horsemen… 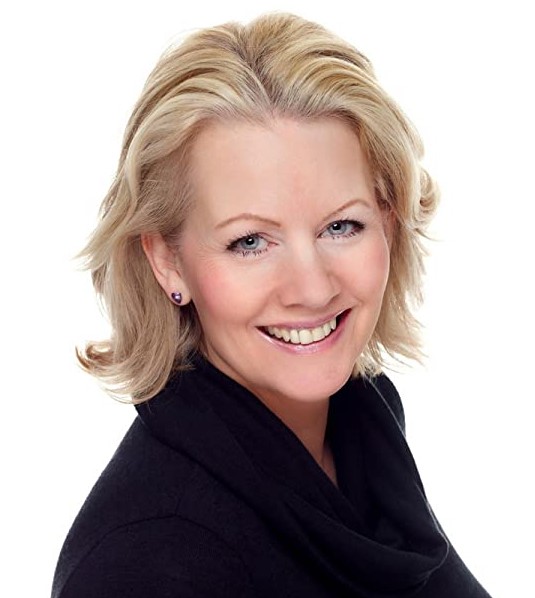 Gwyn is an Amazon Top 20 bestselling author. She’s a former UK national TV newscaster and presenter, and journalist for national newspapers and magazines. Gwyn became a journalist because all she wanted to do was write and has finally realised her dream of being a full-time fiction author.

Born in the UK, Gwyn now lives in the Channel Islands with her family, including a rescue dog and 17-year-old goldfish.

(Note: some of these are affiliate links, meaning if you use one to purchase, I’ll receive a small commission. No pressure – the choice is yours.)

Don’t forget, I can help make your book as fantastic as Gwyn’s – check out my Editing Services

And give me a yell if you’d like me to review your book! 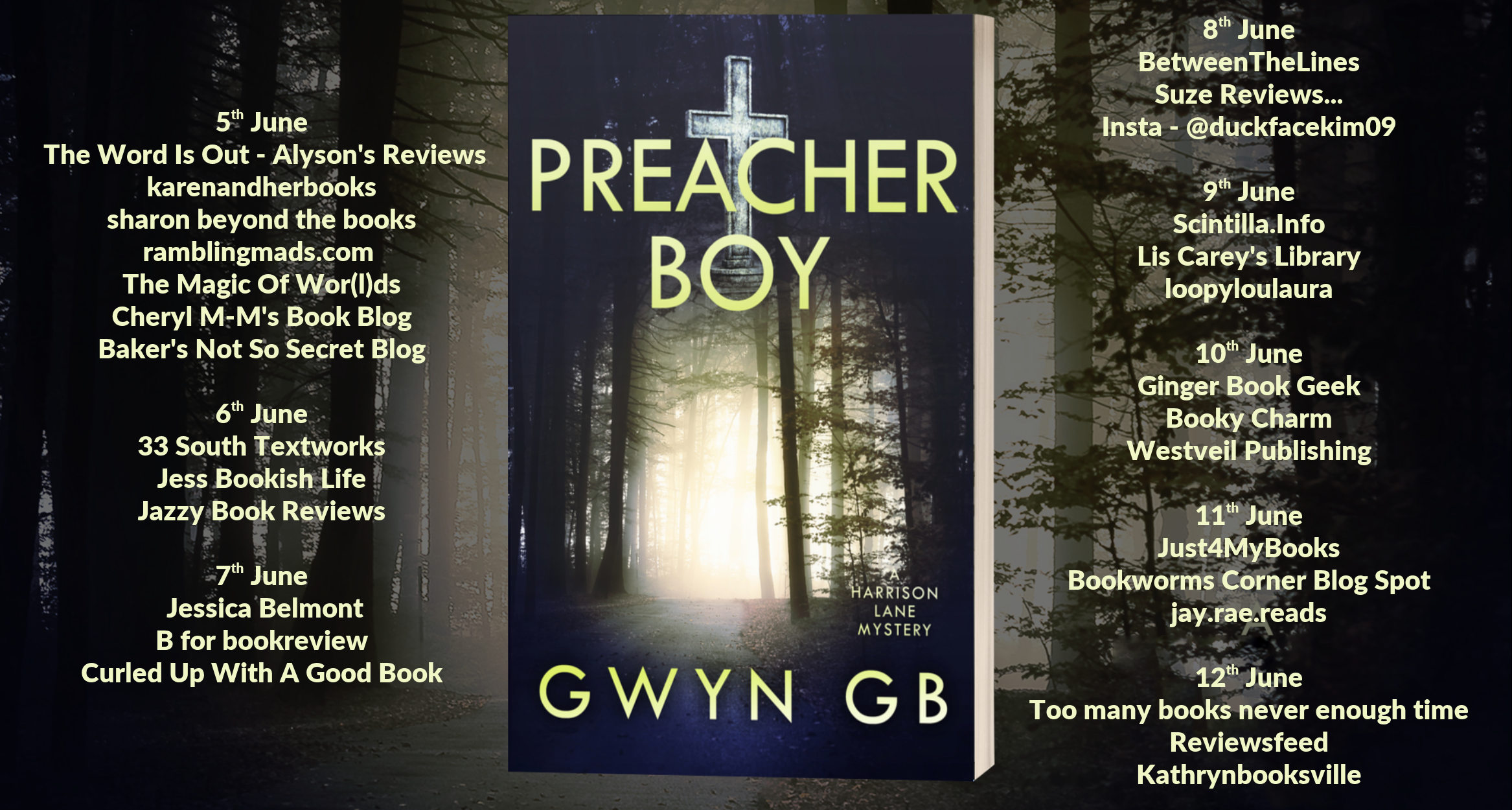