This review of Bluemantle by Karen Langston comes courtesy of a blog tour, organised by Random Things. Bluemantle was published by The Book Guild in ebook and paperback on 28 March 2021. 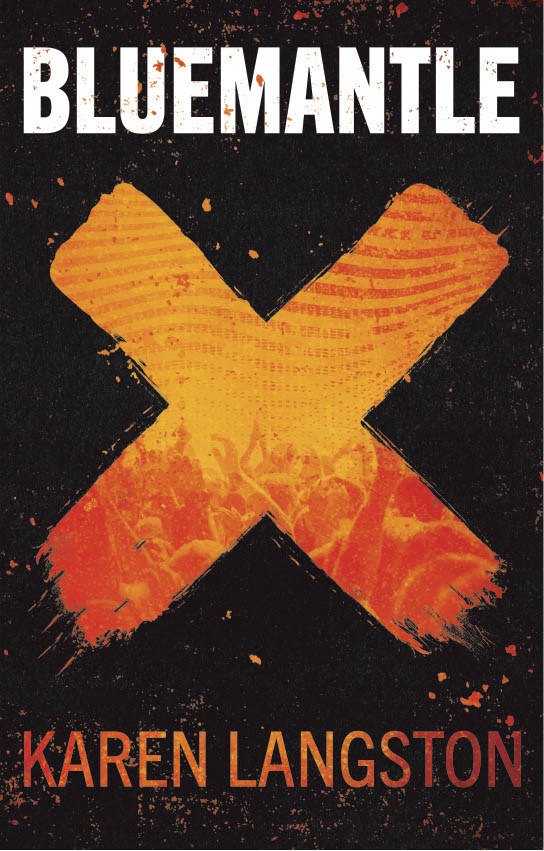 Set in the sun-scorched city of Wydeye, the totalitarian Authority controls its citizens through fear and cultivated dependence. Live music is deemed a threat to order and is forbidden by law. Punishment for participation is severe.

Chase Newell discovers his sister is missing. His search for her leads him to the underground music Scene, with its ageless Troubadours who must risk their lives to perform in order to survive. To do this, they rely on Bluemantle.

As the Authority’s control-obsessed leader, Governor Blix, and her evil-incarnate Chief of Command, Wulfwin, step up their efforts to seize the Troubadours and destroy the Scene, the risks escalate.

While the Troubadours are forced to act, will the citizens of Wydeye wake up to Bluemantle’s invitation and find choice beyond the caves of their own making?

As a massive fan of live music, this one resonated with me.

Like a cross between 1984 and V for Vendetta, Bluemantle tells the tale of Users of a forbidden enjoyment within a dystopian, authoritarian State.

The people of Wydeye don’t know what’s outside their city borders. They have no reason to. Everything is provided by ‘the A’ (the Authority). Free healthcare, free transport – even drugs. But one thing is not permitted. Music. Music of any kind.

Except for Music Users. They think, plot, plan and scheme. They have to. Even the suspicion of talking about music can get you snatched up, tortured and imprisoned without trial. The biggest risk, though, is taken by the author and distributor of Bluemantle, the folded carefully-coded pamphlet that announces gigs and is distributed among the Users on the request of the Music Makers.

Written in a lovely, flowing, conversational style, the story is intriguing and sucks you in. Though the editor part of me thinks some scenes could be cut, the reader absorbed every single page. And I absolutely love that there’s a map of Wydeye. (Maps ROCK!)

My only real wish is that there was more on the Music Makers. How, what and why are questions that are not answered in any detail, vague impressions only. But I’d absolutely love them to be real.

I wish it went further. What happened to Wydeye after? Is there a Book 2, Ms Langston? I sense a series!

Bluemantle gets a very strong 4-stars from me.

Karen Langston is a British novelist, writing speculative and science fiction for adults.

Karen has an MA in English from the University of Kent. Prior to becoming a full-time writer, she was a secondary school teacher of English, a senior project manager developing qualifications for professionals in the creative media industries and a self-employed property developer. She lives in Kent with her husband.

BLUEMANTLE is her first novel.

(Note: Some of these links are affiliate links, meaning if you use one to purchase I’ll receive a small commission. No pressure, the decision is yours!) 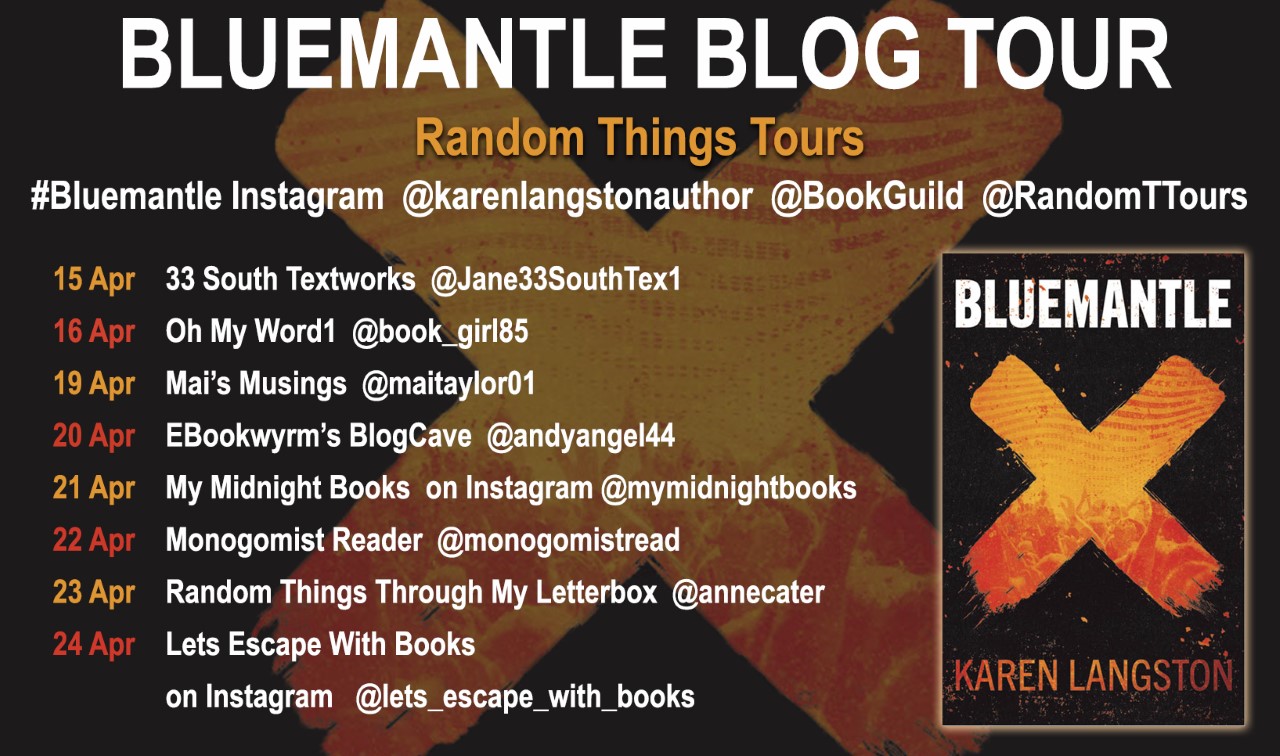 One Response to “Book Review: Bluemantle by Karen Langston”