My review of A Public Murder by Antoinette Moses comes via a Blog Tour from Random Things. A Public Murder was published in December 2020 by Black Crane Press. I received a free copy of the paperback. 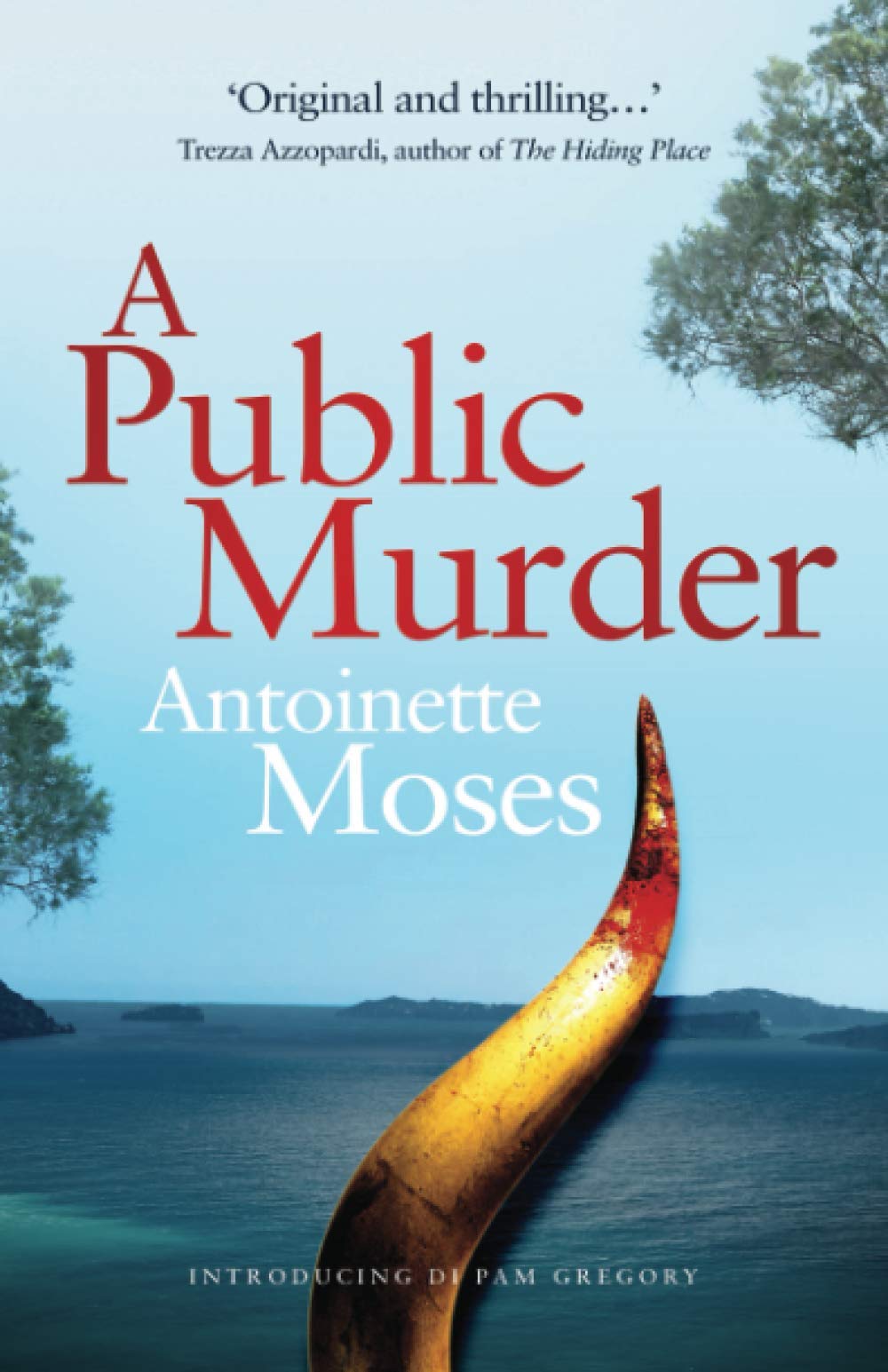 ‘My mother was a very difficult person, Inspector, and not always a very nice one. I can think of any number of people who would want her dead.’

The shocking murder of the archaeologist, Stephanie Michaels in the new Leotakis Gallery in Cambridge is clearly going to be a troublesome high-profile investigation from the outset. But to track down the killer, DI Pam Gregory has to travel to the Greek island of Crete where she finds herself on a journey she never expected, one which will change her life for ever.

I did enjoy this, though there are some issues with it.

Let’s do the good stuff first.

This one’s a twisty turny procedural, taking you from the backstreets of Cambridge to the remote mountains of Crete.

The story is interesting and the mystery is nicely done.

Stephanie Michaels is a well known archaeologist who got credit for an important historical discovery in her backyard in Crete, and is killed in Cambridge’s Fitzwilliam Museum in a particularly dramatic way. But the more we delve into Stephanie’s life, the more we realise she’s not a very nice person, really, and there are plenty of people who might want to kill her…

The characters are good – (almost) fully fleshed and active. And I can see a couple of possible spin offs. (Mike, in particular. I would have loved to know more on his backstory.)

DI Pam Gregory is great. She’s a driven, tenacious, highly-skilled investigator – but she’s also insecure, self-conscious, and doesn’t really have much of an idea on how to take care of herself.  She supports her team, and thinks about everyone before herself. She’s got elements I recognise clearly – and I love her for it.

There are a couple of spots of telling, not showing (e.g. Larry the CSI at the scene), and some of the dialogue could flow better. There’s also a little head-hopping (jumping to another person’s inner dialogue) which throws you off a bit. The procedural stuff sits well, though I was confused by a couple of abbreviations. The story flows around the bumps, but the wrap up is pretty fast – the last 30 pages move at a staggering pace.

All in all, you can do a lot worse than spend some time with DI Gregory and her team. And this is of interest to anyone with a passion for Greece – it definitely makes me want to go back!

Thanks for sharing one of your stories, DI Gregory. I just might be stopping by for more. 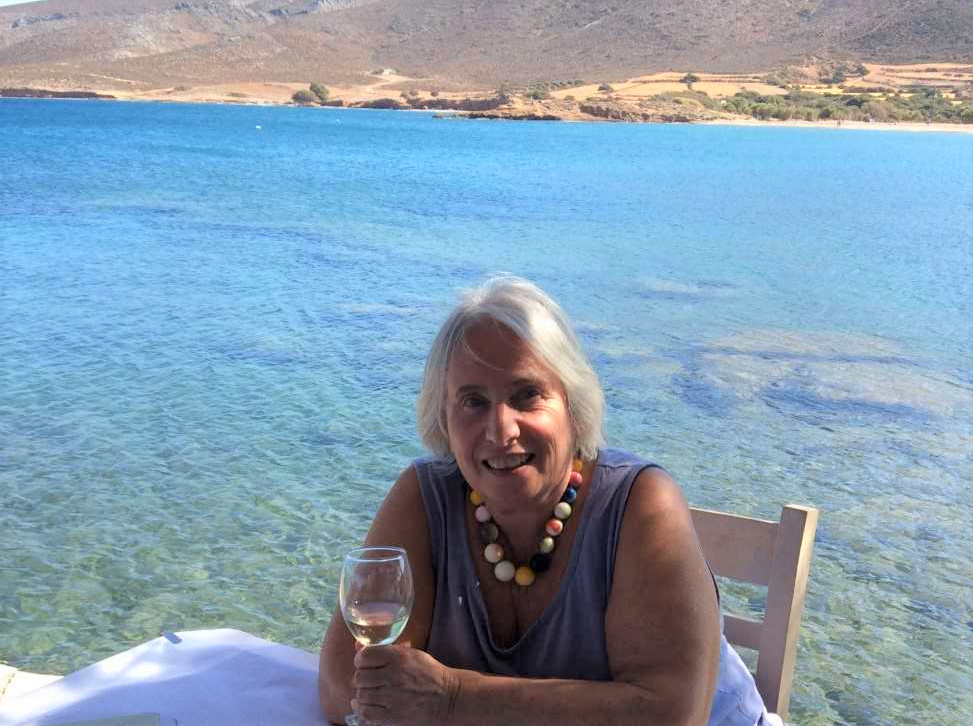 When I was young, your passport included your profession. I put writer. ‘Why writer?’ asked my then boyfriend, ‘You never write anything.’ ‘But I’m going to,’ I said.

I always knew I was going to be a writer. It just took a while to get going. I kept getting distracted by other things.

I had to earn my living and so I got jobs in journalism, publishing and as a staff writer for a photographic news agency. I also took time off to travel. That’s when I first lived in Greece which was on and off between 1973 and 1978.

I first helped run a festival in 1970. It was the Oxford Animation Festival, and it was a huge success. It ended with Yellow Submarine and the Beatles singing ‘You’re such a lovely audience’… I was hooked. Both on audiences and festivals.

When I came back to England in 1978, I re-founded the Cambridge Animation Festival, and was its director for six years. I also helped set up the Hiroshima Animation Festival, and worked for the Norfolk and Norwich Festival. In 2013 co-founded the Festival for Literature for Young people (FLY) at the University of East Anglia (UEA). I was its producer until I retired in 2018.

I started writing fulltime in 1994 and had several books published. Then I began writing plays which led to my getting an MA in creative writing at UEA, followed by a PhD on verbatim theatre, and ten years teaching as a lecturer in Creative Writing and Literature.

And so we come to the writing:

My first published book was a guidebook to Athens, then I wrote a cookbook for dieters and then I wrote a number of short fictions for young people learning English. These were published mostly by Cambridge University Press and have won three Extensive Reading Awards; Jojo’s Story‘ was described by one critic as ‘a classic for all time’. Several became bestsellers. I’ve also published essays and stories.

I wrote my first play when I was 9. It was an adaptation of The Reluctant Dragon by Kenneth Graham and I performed it with my father at the family Christmas. (Poor family) I’ve written a number of plays which have been produced in Norwich and Cambridge and Heidelberg, and have received rehearsed readings in Ipswich, London and Paris. A few have won prizes and awards.

Don’t forget, I’m also a copy/line editor and proofreader and can help get your story ready to publish. TELL ME MORE!

Or, if you want me to review your book, post my review on Amazon, Goodreads, and link through my social media, just give me a yell. (Not literally, of course, because we may be quite far from each other and you’ll scare your neighbours – but you get my point.) 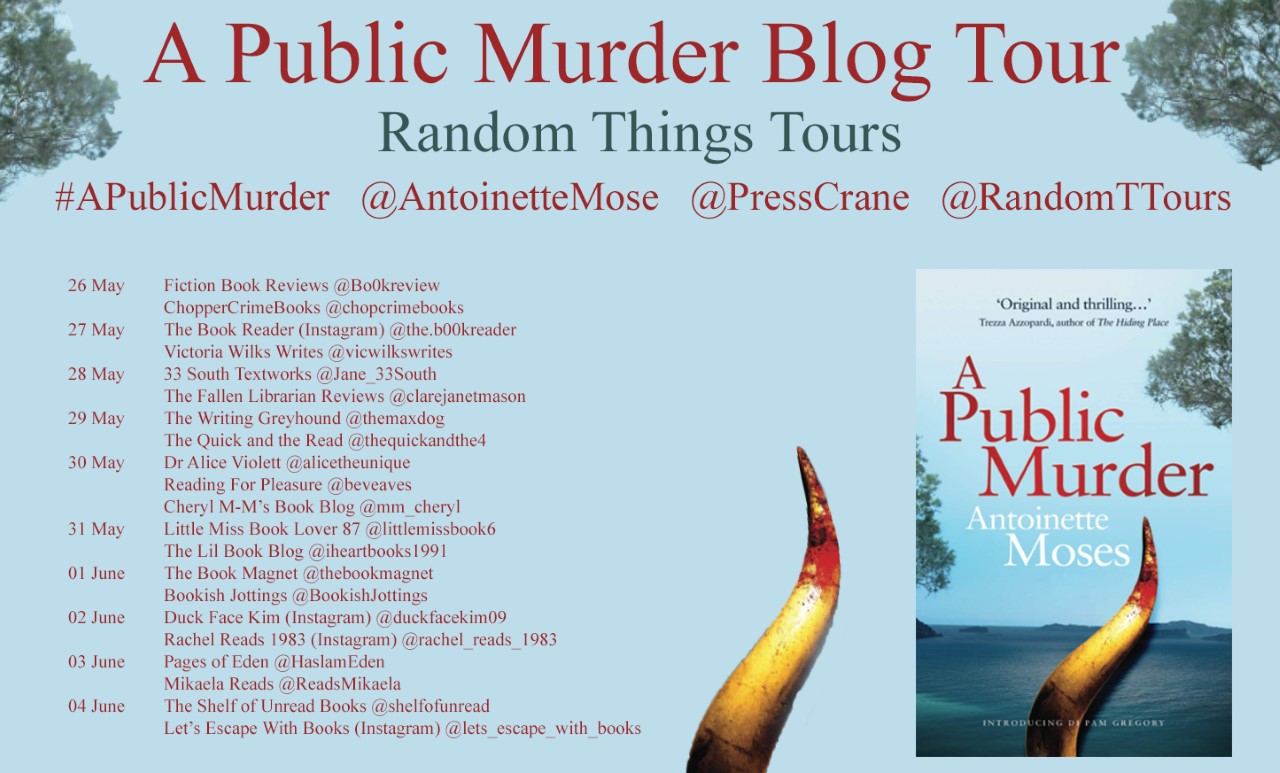 One Response to “Book Review: A Public Murder by Antoinette Moses”