Book Review: A Book of Secrets by Kate Morrison 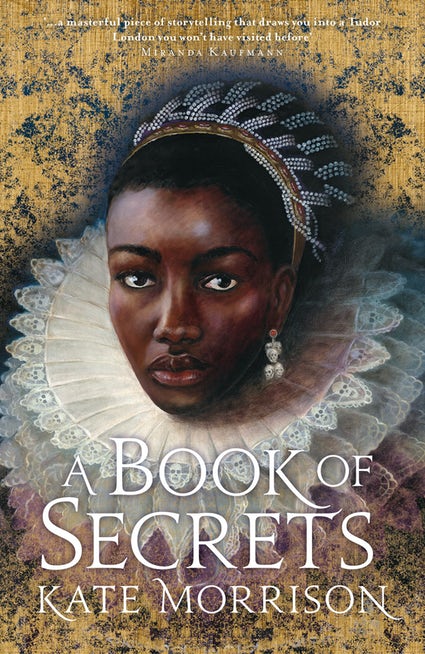 A Book of Secrets tells the story of a West African girl hunting for her lost brother through an Elizabethan underworld of spies, plots and secret Catholic printing presses.

Susan Charlewood is taken from Ghana (then known as Guinea) as a baby. Brought to England, she grows up as maidservant in a wealthy Catholic household. Living under a Protestant Queen in late 16th Century England, the family risk imprisonment or death unless they keep their faith hidden.

When her mistress dies Susan is married off to a London printer who is deeply involved in the Catholic resistance. She finds herself embroiled in political and religious intrigue, all while trying to find her lost brother and discover the truth about her origins.

The book explores the perils of voicing dissent in a state that demands outward conformity, at a time when England is taking its first steps into the long shadow of transatlantic slavery and old certainties about the shape of the universe itself are crumbling.

A Book of Secrets gives a striking new perspective on the era and lets one of the thousands of lost Elizabethan voices, speak out loud.

This isn’t my usual reading matter. I think it’s interesting, but tales involving slavery tend to make me feel bad more often than they offer the escapism I’m after in a novel. But this… Wow.

This is a fascinating tale.

I understand and agree with concerns about cultural appropriation, but this work is so seriously and methodically detailed – it’s obvious the author has done copious research and presents as factual a tale as possible. Merging fiction with recorded history, A Book of Secrets is a tale of a life transplanted more than a treatise on abhorrent historical events. Ms Morrison doesn’t shy away, but it’s not a focus of the book.

Susan is the focus. And she’s fascinating.

Narrated by Susan, A Book of Secrets takes us into her world, her brain and heart, as one of the few black women in Elizabethan England. The constant stares, the unwelcome touching to see if she’s real, the misunderstandings and gossip continually flowing around her; Ms Morrison takes us straight there.

Arriving in England as a baby stolen from her native land, rechristened Susan and living as companion to a rich man’s child, Susan’s life is one of wealth and privilege. Until religious politics bring down her home and an arranged marriage begins her new life – one of subterfuge, lies, and punishment.

Ms Morrison’s Susan is stronger than she knows, yet at the same time, innocent and naïve. We see the world through her eyes; experiencing her present and imagining her past, we feel her joy and pain. A Book of Secrets is beautifully written.

“The Book of Secrets is a masterful piece of storytelling that draws you into a Tudor London you won’t have visited before. Susan’s quest to find security, happiness, and discover her true identity intrigues the reader from the start, has us rooting for her through her gripping adventures and leaves us wanting more.”
— Miranda Kaufmann, author of Black Tudors

Evocative, turbulent, and inspirational, A Book of Secrets will stay with you a long time. 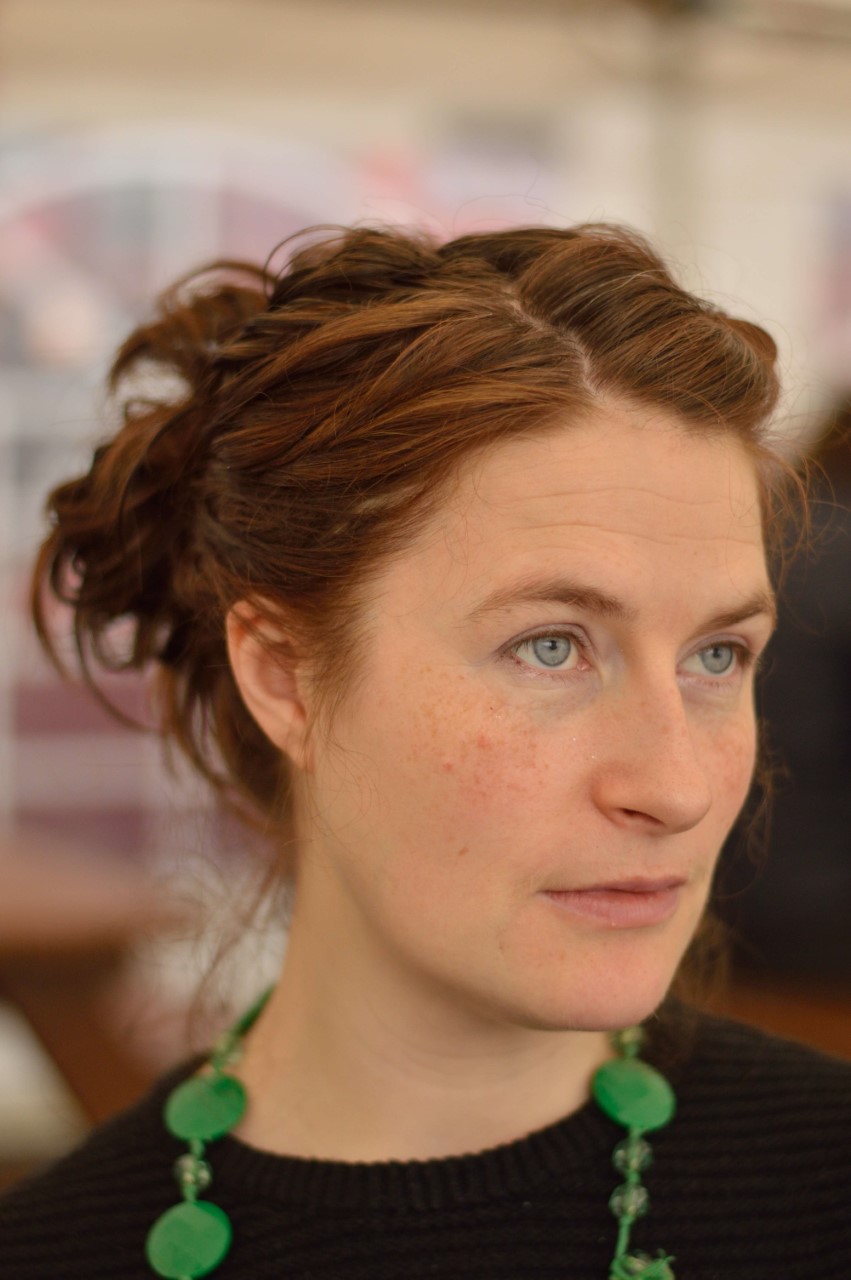 Kate Morrison is a British debut novelist. She studied English Literature at New Hall College, Cambridge and worked as a journalist and a press officer. Morrison was mentored by Ros Barber, the award-winning author of The Marlowe Papers and Devotion. She was a visiting scholar with the Book, Text, and Place 1500-1700 Research Centre at Bath Spa University. Kate Morrison lives in West Sussex with her family.

(Note: Some of these are affiliate links, meaning that if you use one to purchase, I will receive a small commission. But, no pressure – the choice is entirely yours.)

If you’d like a review of your work, do please GET IN TOUCH 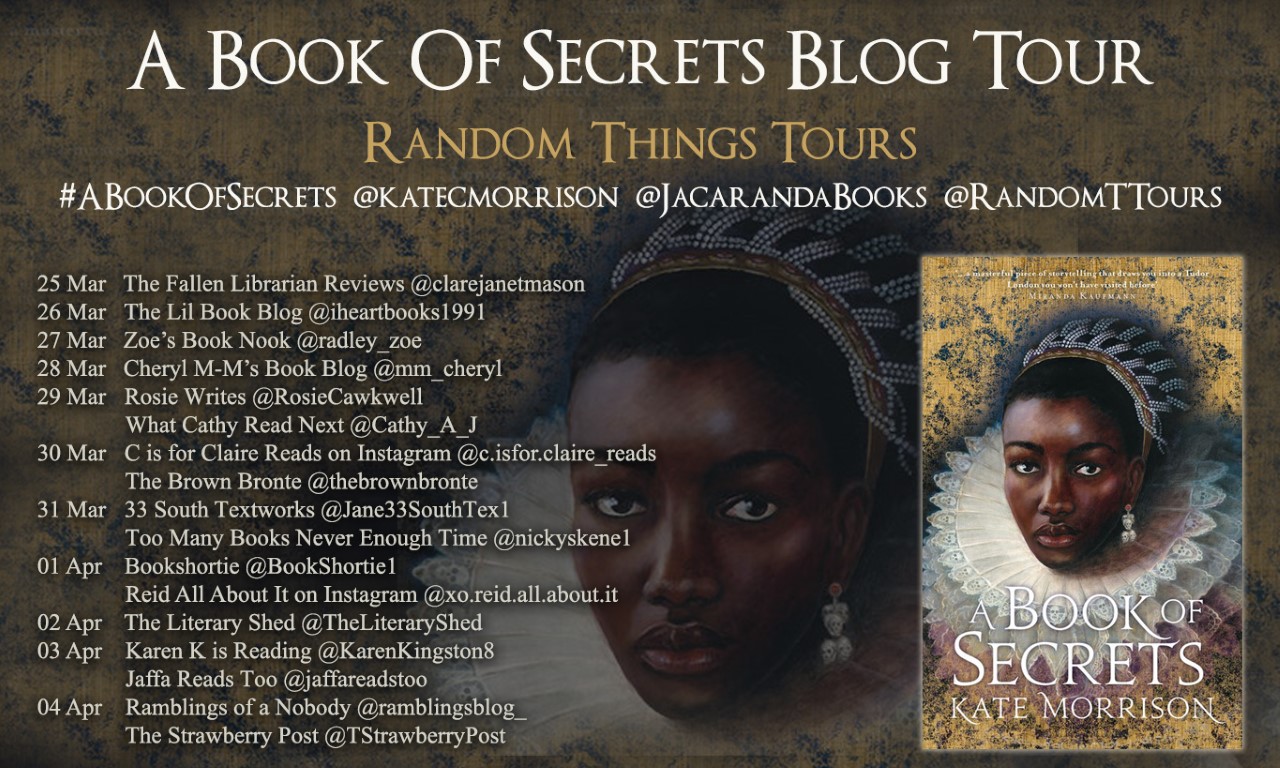 One Response to “Book Review: A Book of Secrets by Kate Morrison”